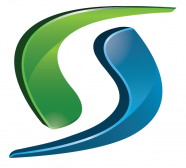 The term "swag" is sort of controversial in the promotional products industry. For the layperson, it's the term most commonly used to describe free branded products you receive at an event. But, within the industry, it might feel a little close to the belittling "trinkets and trash" argument, and minimizes the effect tangible products have in marketing efforts.

Stran, however, is embracing the term by officially changing its stock ticker symbol from STRN to SWAG, effective tomorrow.

"Our mission is to drive brand awareness and affect behavior through visual, creative and technology solutions for our customers," Stran CEO Andy Shape said in a press release. "We do that by using promotional products and branded merchandise – which is also informally referred to as sag. The 'SWAG' ticker symbol is memorable, relevant and a better reflection of the products we sell and industry where we strive to be a leader."

What Stran is doing, too, is becoming synonymous with "swag" on the stock exchange, which is a big deal for someone outside of the industry who might use the term all the time.

Stran has had a big year in 2022, completing three acquisitions and appointing multiple high-level positions, including a new COO.