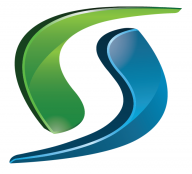 Stran & Company, Quincy, Massachusetts, announced that promotional products industry veteran Steve Paradiso has been appointed chief of staff, bringing more than 30 years of experience and success to support the acceleration of Stran's growth strategy. In addition, Stran has appointed Jason Nolley as chief technology officer and Steve Urry as vice president of sales, and recently promoted Chris Rollins to chief financial officer effective upon the pricing of the company's initial public offering.

Paradiso brings to Stran an impressive track record of developing and executing growth strategies within the promotional products industry, and will be instrumental in Stran's growth. He will report directly to Andy Shape, Stran's president and CEO.

"I am excited to welcome these highly experienced and accomplished executives to our management team," Shape said. "These appointments put Stran in an ideal position to support and accelerate our anticipated growth as we continue to gain momentum in the industry. Steve Paradiso is one of the most successful and well-known names in the industry, and his experience along with his strong relationships are already providing great value to the company."

Paradiso most recently served as president and CEO of ePromos. Prior to joining ePromos, he spent nearly six years at Ohio-based distributor Touchstone as chief operating officer. Paradiso joined both organizations when they were generating less than $15 million in annual revenue and, by the time he left, each was generating more than $70 million per year.

In addition, Paradiso served as the president of Cyrk from 1988 to 2001. At the time, Cyrk was one of the largest promotions companies in the world, achieving almost $1 billion in annual revenue while serving multinational clients such as Nike, McDonald's, Pepsi, Marlboro, Beanie Babies and Philip Morris.

As chief technology officer, Nolley has more than 20 years of e-commerce, technology and web marketing experience. He will be in charge of overseeing and enhancing the company's technological platforms, as well as integrating and implementing potential new technologies that would support Stran's organic growth strategy.

Before joining Stran, he served in various leadership roles for Wildman Business Group's technology team for seven years, where he led the implementation of new e-commerce, vendor and internal control systems.

"Jason Nolley's technological expertise is poised to support our goal of leveraging technologies to advance our sales pipeline and drive even greater operational efficiency," Shape said.

Urry Brings 28 years of experience in the print, packaging and promotional products industry, including 23 years of sales and operational leadership. Prior to joining Stran, Urry was the chief strategy officer of Visual Linc Partners since 2009, where he was responsible for development of Visual Linc's sales team, as well as oversight of M&A activity. Before that, he founded and built Allied Print Group into a $16 million revenue company before selling it in 2009.

"Steve Urry has helped build multiple successful businesses within the industry from the ground up, illustrating his unique ability to develop sales organizations and salespeople," Shape added.

Rollins joined Stran in 2015 and previously served as its vice president of finance and administration, where he was responsible for overseeing the company's financials and reporting. Prior to joining Stran, he served as the director of accounting for the Northeast Region of Toshiba Business Solutions from January 2011 until October 2014.

"Finally, Chris Rollins has overseen our accounting, financial reporting, internal controls, and corporate finance strategies for over five years, during which time we more than doubled revenues," Shape said. "We expect these additions and enhancements to our senior management team will prove very valuable as we focus on executing on our business strategy, including both organic growth and acquisitions, to maximize value for our shareholders."