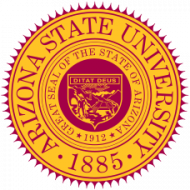 How many times has this happened to you: You're chatting with a friend and they say, "Oh, I love your bag," to which you respond, "Thanks, it used to be a banner." Too many times to count, right?

OK, probably not, but as the practice of turning things like tarps and vinyl banners into tote bags is gaining steam, that scenario isn't completely out of the realm of possibility.

The latest instance comes from Tempe, Ariz., where a group at Arizona State University is turning ASU banners into tote bags as part of ASU's Zero Waste department.

In order to limit waste on ASU's campuses throughout the area, the group partnered with FABRIC Tempe, a co-op space for looking to boost their fashion careers. The group found that the Centers for Habilitation, a group that teaches adults with physical and mental disabilities how to sew, were working at FABRIC. From there, Zero Waste recruited the women to see if they wanted to make totes from the banners.

Ryan McAlister, job coach for the Centers for Habilitation, told Cronkite News that the adults in the program love working on the tote bags.

"They brag about how they get to go to sewing," he said. "It's the cool enclave. They just absolutely love it."

The women also get a portion of the proceeds of the "Banner Bags," which sell for $18 at ASU's Tempe campus bookstore. They also sold out on the first day. To make up for demand, the group is creating 48 more bags with more styles.

Aside from the good it does for the Centers for Habilitation, the amount of vinyl that's spared from landfills is staggering.

"If we we can put them into reuse, it's better because it elongates the lifespan of the banner," Katherine Schumacher, senior program coordinator with ASU's Zero Waste told Cronkite News.

The group is expanding to messenger bags and backpacks, and each item includes a label where customers can see who at the Centers for Habilitation made their specific item.