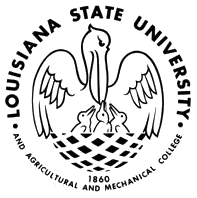 Unfortunately, they haven't invented a drink that stays cold on its own yet, so we've had to adapt by creating special drinkware items. There are plenty of items like tumblers and can coolers that keep drinks at the desired temperature, but they're not necessarily the kinds of items you'd want to use at a bar or tailgate.

For those who like drinking from regular pint glasses, which are staples of the promo industry, the only way to keep your drink cool on a hot day or at an outdoor bar is to drink it before it gets warm. But, if you can believe it, a college student has found a new way to revolutionize drinking.

Sean King, a mechanical engineering graduate student at Louisiana State University, has secured a provisional patent for his pint glass design, which uses double-wall construction and vacuum insulation. He had the idea after drinking beers with his dad.

"We noticed after about 15 minutes that the outside of the glass was full of condensation," he told LSU Now. "It was too hot to really enjoy. My dad said, 'Man, I wish someone could invent something to prevent that from happening.' I said, 'Wait a minute, I could actually do that.'"

So, he created the FLOE glass, which seems to be the first vacuum-insulated pint glass, which lets people keep their drinks cool without having to drink out of a tumbler or use a bulky item like a YETI Cooler.

"No one wants to drink beer out of a YETI," King said.

What's more, King said he wants to donate the proceeds from the FLOE glass to a good cause: the Flint Water Fund and the Appalachian Freshwater Initiative. This decision came to him after his tap water in Oklahoma didn't meet national standards.

"That's not something that should be happening in the U.S.," he said. "If you look under the Appalachian Freshwater Initiative, over 50 percent of the 5,000 water systems serve 500 people or less. That's something I want to give a voice to."

Going forward, his FLOE cups will be manufactured by Noble Plastics Inc., which was founded by an LSU graduate. It appears that King is looking to expand his business into the promo space, as LSU Now reported that the glasses cost about $2.50 each at wholesale. His primary markets will be New Orleans and Baton Rouge, as well as Southern California, and wants to expand to other drinkware items like wine glasses in the future.