After the Super Bowl, the value of a lot of items jump up in price. Eagles jerseys with the Super Bowl logo are already sold out on the team's shop, and people have been flocking to sporting goods stores for official merchandise celebrating the team's first Super Bowl victory. (Editor's note: I've been waiting too long to write that sentence.)

But possibly the most surprising item that has jumped up in price has nothing to do with the teams who actually played in the game. Instead, it was the apparel that volunteers received in Minneapolis leading up to the game, like jackets, T-shirts and other outerwear. 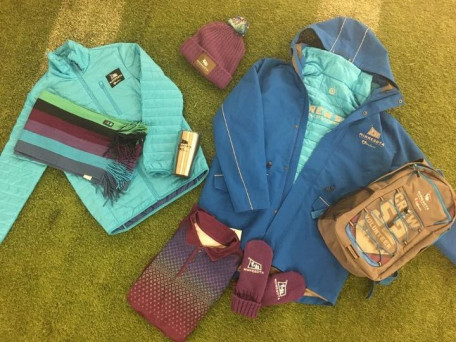 The Star Tribune reported that, for the week before the game, volunteers were all around downtown Minneapolis to help tourists with directions and help them with everything they need to do while in town for the game. Apparently, those same visitors were really impressed by the company's promotional apparel, since some are willing to spend a pretty penny for it.

One Craigslist poster was selling a bundle of "all official volunteer gear" for $399. This pack included the embroidered jacket, a long-sleeve shirt, a beanie, scarf, coffee mug and backpack. The seller apparently offered to meet up the morning of Feb. 5 (today)—you know, the morning after the game, when they no longer would need to wear their volunteer apparel.

Another listing includes the jacket, gloves, hat and shirt in the original "Crew 52" branded box for $250.

"This gear is not available in stores," the post said. "Don't miss out on this great package deal."

Jackets themselves are selling for at least $100, as are the hats only. (At least that's what the sellers are looking to get for them.)

If these buyers do cough up that amount for promotional apparel, that's a good indicator of the success of this promotional campaign. Not only was it a good way for visitors to easily spot the volunteers, the gear was apparently so coveted that people want to buy it for themselves, logos and all.