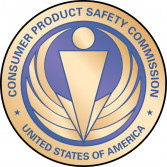 Spector & Co., West Chazy, N.Y., announced that it has issued a voluntary recall of its T119 Elf power bank chargers due to a fire hazard. The power banks were given away at various trade shows and other events between May 2016 and January 2019.

According to the CPSC, Spector & Co. received two reports of the power banks overheating, but has not received any reports of property or fire damage. No injuries have been reported.

The CPSC advised consumers to immediately stop using the power bank and contact Spector & Co. for a free replacement charger as well as instructions for safe disposal.