Beloved apparel company Supreme has been popping up in headlines recently for everything from a potential Michael Jackson collection to an accidental Kmart spotting. Even luxury retailer Louis Vuitton collaborated with the company. When Supreme stocks new items, fans line up for hours to nab the items, and resellers can sell those products at a major profit. This led us to wonder what is up with this company in the first place? How could a T-shirt company obtain such a huge cult following in a short amount of time?

We set out to find out.

According to Complex, the brand has become synonymous with hypebeast culture, and fans will line up for up to 24 hours to earn a chance to purchase the beloved items. 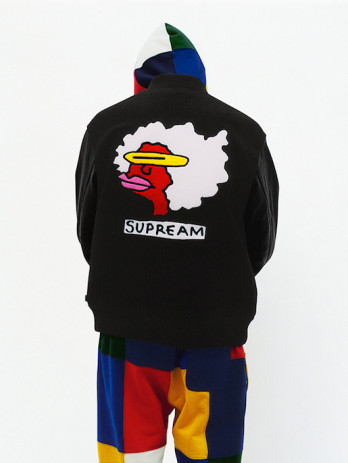 For VICE U.K. writer Jamie Clifton, he became fascinated with the brand after stumbling onto a crowd lined up for Supreme's new T-shirt featuring Morrissey's face. One man in line said he even paid for a flight and hotel just to get a spot in line.

According to Clifton, Supreme releases new clothes every Thursday. As a result, Thursday morning is when everyone starts lining up. It would be Wednesday night, but the local government has forbidden it. And, Supreme does not do restocks. Once it's gone, it's gone. As you can imagine, these are huge targets for eBay resellers. A $210 pink denim jacket once sold for $3,000 to a buyer in Kyoto.

The line outside Supreme's London store for a new release. (Image via VICE)

So, what's all the fuss about? How did Supreme manage to find its niche, and to such a high degree?

The first reason seems to be hype. Drake and Kanye have all sported Supreme pieces, so it obviously has its own celebrity fanbase. But Clifton points out the mayhem has to go deeper than that. After all, brands receive celebrity endorsements all the time.

To learn more, he started at the beginning. Opened in 1994, Supreme started as a skate shop in Lower Manhattan as an outlet for older skaters in New York that wanted to avoid dressing like "man-children."

To cater to this crowd, the shop started selling T-shirts in small runs—just hoodies and sweaters at first, then shoes in collaboration with Nike and Clarks, jeans with A.P.C., and finally T-shirts featuring the work of surrealist painter H.R. Giger. It was then that the brand made its name as a cult brand. The uniqueness of the brand coupled with the short supply makes it must-have to anyone semi-involved in the fashion world. It's an instant way to guarantee that what you wear in public won't be on everyone. 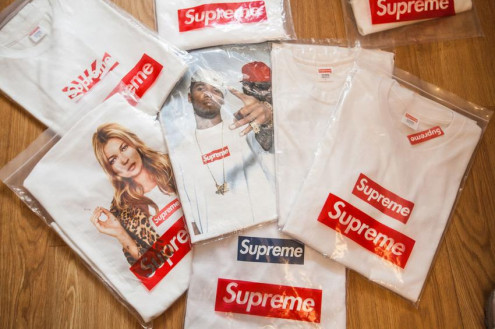 So, who knows how much longer Supreme will retain its title as king of the millennials, but one thing's for sure: If you want to make a buck, start lining up for these limited edition releases.

And for apparel brands looking to capture some of Supreme's magic, it's all about being different. Do your own thing, do it well and create demand.