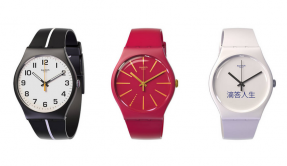 To avoid competing with Apple, Switzerland's Swatch Group has decided to steer its focus toward its plastic smartwatch technology.

"It's not that we have nothing in the pipeline—we are a huge producer in every segment in every category," said Nick Hayek, chief executive for Swatch, according to MarketWatch. "But let's keep it at Swatch. When it is really biting there, there will be others waiting in line at Swatch Group. For the moment, we focus on Swatch."

Recently, the company launched the Swatch Bellamy plastic smartwatch that utilizes NFC technology and sells for around $90. The company plans to launch other reasonably priced smartwatches in the U.S., Brazil and Switzerland.

Hayek also said the company  would open 100 new stores and boost sales by 5 to 10 percent in local currencies during 2016.