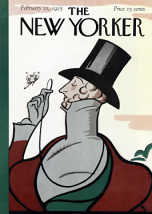 We love T-shirt cannons. Whether it's the Philly Phanatic launching T-shirts (or hot dogs) while riding an ATV across the baseball field or just arena staff hucking T-shirts into the expectant hands of the masses, they're a really awesome way to give out promotional apparel.

In a New Yorker cartoon, Benjamin Schwartz immortalized the appeal of T-shirt cannons in a funny comic, depicting castle guards holding off invading Vikings by launching T-shirts at them. The caption reads, "Cheap merch will only hold them for so long."

What's even funnier is, given the comic's nature, it's available on the Condé Nast webstore, where people can buy it in the form of pillows, wall art, beach towels, greeting cards, phone cases, T-shirts and mugs.

If they wanted to take the theme of the cartoon even further, they could invent a T-shirt trebuchet.

Please, someone, invent a T-shirt trebuchet.

Can't Find T-shirt Stock? Try These 8 Ways to Save the Order