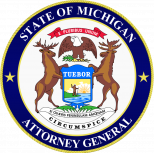 A Kalamazoo, Mich., screen printing company is being accused of failing to deliver $38,000 worth of T-shirt orders. According to M Live, the state’s Attorney General’s Office sent a cease and desist letter to Inspiring Clothing after more than 100 irritated customers sent complaints to the Better Business Bureau.

Inspiring Clothing, the storefront business of Kalamazoo Screen Printing LLC, had reportedly advertised that 80 percent of profits of T-shirt sales would benefit suicide prevention organizations and cancer research nonprofits. The business also advertised that it was owned by a single mother. After a little digging, it came to light that the image of the “owner” was a stock image, the real owner was a 20-year-old man, and the promise of charitable donations was just a ploy to prey on altruistic buyers.

“A number of customers tell the BBB they made a purchase from this company, in part, because a large portion of the money spent would be sent to charity,” Phil Catlett, president of the BBB serving Western Michigan, told M Live. “Some of those customers say they had lost loved ones to cancer or suicide, so the cause was close to their heart.”

The appeal worked, and after some social media angling, the business received hundreds of T-shirt orders. The only problem was that the owner could not keep up with that demand—if he ever planned to at all. When frustrated customers asked for refunds, their pleas went unanswered for months. The cease and desist letter details that there were 993 unfulfilled orders.

The Attorney General’s Office will either go forward with a lawsuit after 10 days or launch a formal investigation through subpoenas.

“Regardless of their age or perceived charitable intentions, aspiring entrepreneurs must still follow the law,” Michigan Attorney General Dana Nessel told M Live in a statement.