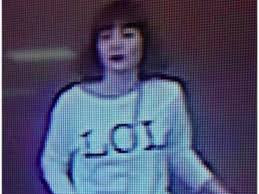 Here's the backstory: The woman captured on video, who allegedly poisoned Kim Jong-nam, was wearing a T-shirt branded with the phrase "LOL". Who knows what she was thinking when she decided to wear this internet acronym during an assassination attempt, but people definitely took notice of the odd juxtaposition.

A U.S.-based designer thinks these LOL T-shirts could be just the ticket for profits, and he has subsequently started selling them. He said that any "human rights abuses" by North Korea's leaders negated the arguments against creating the T-shirts.

"I thought she looked very stylish," he said in an online message to Reuters. "I've also always looking out for newsworthy designs—things that are easily made into memes."

The T-shirts are retailing for $35, and so far, sales have been slow.