So we can't be certain whether Taylor Swift's new song "Look What You Made Me Do" is about Kanye, but it's hard not to believe that she at least had Ye in mind when creating the merchandise for her new album, "Reputation."

The internet also noticed, and, as it tends to do, reacted strongly.

According to Business Insider, some are speculating that Swift purposely used the Gothic font as a jab at West.

Business Insider's side-by-side comparison of a "Life of Pablo" sweatshirt and a "Reputation" sweatshirt makes it pretty obvious that there are, if nothing else, coincidental similarities. 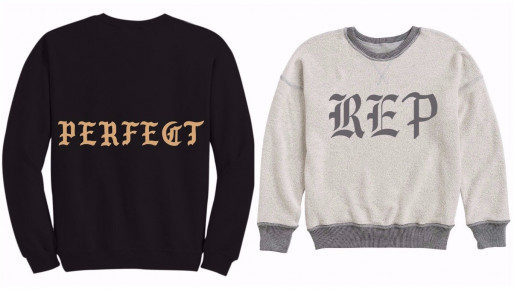 The "Reputation" online store also offers jackets and hats, which West's store did, too. But, that's not quite as much of a controversy, if you ask us. Also, fashion is fashion. West did not invent the bomber jacket or the adjustable cap.

But, at the rate that apparel designs are being involved in lawsuits, it wouldn't be out of the realm of possibility to see West take legal action against Taylor.

(Or at least aim a diss track at her.)