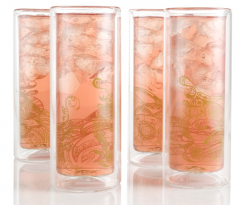 Last week, the CPSC announced that Teavana has agreed to pay a $3.75 million civil penalty because the company failed to report that some of its glass tea tumblers posted a safety risk to consumers, according to The National Law Review.

However, the CPSC has not released a final statement on the settlement, although the Record of Commission Action (RCA) showed that the vote was 3-2 in favor of accepting Teavana's settlement offer.

Joe Mohorovic, CPSC commissioner, issued a statement expressing his disapproval of the settlement.

"Today, I find myself unpersuaded by any of the facts—public or not—that our settlement amount is appropriate or that a penalty is justified at all," he said. "Additionally, I still believe we are failing in our duty to tell people why we are imposing the penalty that we are imposing."

In the statement, Mohorovic also clarified the extent of the claims against Teavana.

"Between January 2010 and March 2013, Teavana received numerous reports of the tumblers unexpectedly exploding, shattering or breaking, including reports of six injuries to consumers who were cut by broken glass or burned by hot liquid while holding a tumbler that exploded, shattered or broke," he said.

Mohorovic noted that Teavana imported 445,000 units of the tumblers, but the CPSC is unsure how many units were sold.