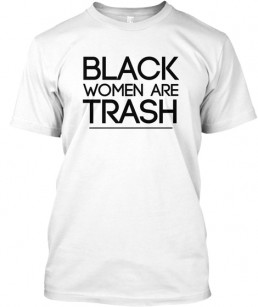 Custom T-shirt company Teespring is under fire this week for selling a T-shirt with a racist phrase. Users noticed the "Black Women Are Trash" T-shirt, along with several other racist designs, and demanded Teespring pull the shirts immediately.

The company apologized, and blamed the disaster on its automated system and its staff, who failed to catch the design before it hit its online store.

According to USA Today, Teespring said its engineering team pushed out code over the weekend that tagged the designs as offensive, but failed to pull them from the store.

"Once we learned of the error, we immediately took steps to remove all content in question and ban the offending seller from our platform," Brett Miller, director of seller success at Teespring, said to USA Today. "We have since fixed the issue."

But Teespring's apology does not seem to be enough for the public.

“I guess my question really is how did these shirts get past the screening process. Anything to make a dollar? While I see an apology, I do not feel as though it was sincere. Had those of us not pointed it out over the weekend, this campaign would still be going on. What will you do to make sure this doesn't happen again?”

It looks like these fast fashion companies need to increase their surveillance, because designs like these keep falling through the cracks.