History abounds with cases that have kept detectives and law enforcement officials working around the clock to secure justice, with each lead and credible shred of evidence seemingly giving the matters their entire attention. For every high-profile incident, though, there are surely ample occasions where the questionable antics of alleged aggressors and supposed ne’er-do-wells make their professions a tad less stressful. It appears civil servants from Tennessee have recently had a chance to explore the latter variety, as they busted a man who allegedly tried, while wearing a polo shirt from a county sheriff’s office, to secure an inmate’s release. 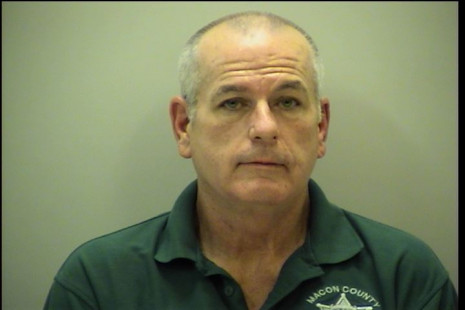 Authorities announced on Tuesday the firing of a Macon County correctional officer, stating that the unidentified female had sold her official uniform top to an unnamed individual. Their investigation contends that the garment somehow found its way into the hands (and over the chest) of Scott Ronald Dorris. On August 7, the 54-year-old Macon County inhabitant reportedly ventured to the Wilson County Sheriff’s Office in the polo and presented documentation that called for him to leave with Richard Wayne Bohanan, serving time since December for a drug conviction, among other offenses.

While the uniform was a legitimate part of trying to execute the supposed ploy, fake paperwork doomed the scheme, with police detaining Dorris shortly afterward. Having possibly hoped to spring Bohanan loose, the defendant now occupies the Wilson County jail with him. Sources have not documented what connection the two have, but that will likely become clearer, as Dorris—held on $200,000 bond—will appear in court August 22. What is evident is that the now-jobless woman in the middle of this peddled her polo for $10.

“It’s sad to say, but you tell these correctional officers that these people will play you,” Macon County Sheriff Mark Gammons said of the ex-employee. “They’ll try to get what they can out of you, and it seems they don’t listen.”

His office is working with peers from Wilson County to learn how the shirt ended up with Dorris, whom they charged with criminal attempt to facilitate an escape and criminal impersonation of a police officer. Gammons noted he is seeking to press charges against the former hire, too.

As for what possessed the woman to part with her job attire, for which she must surely have been accountable, one can volunteer a number of opinions. Until the office takes official steps against her, though, the exact reason will remain buttoned up.