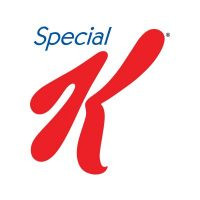 Australia has held its Special K trademark for 59 years. (Image via Twitter)

Four years into his professional career, Thanasi Kokkinakis has faced a few hurdles, from needing to recover from various injuries to having his sex life used as a means to insult fellow player Stanislas Wawrinka. The Australian player is nicknamed Special K, but his desire to have the moniker has thinned the patience of the Kellogg Company, which markets a weight loss cereal bearing the same identifier.

The company and the athlete, who reached a career-high of rank 69 exactly two years ago today, took to a federal court, a far cry from the hard, clay and grass surfaces to which he has become accustomed, yesterday in his home city of Adelaide. Hoping to hear that his Special K nickname, which an eponymous company under his father’s control is looking to trademark, could help him to gain additional commercial exposure, Kokkinakis learned instead that he and the cereal titan will exchange verbal volleys at a mediation conference set for August 31.

“The Kokkinakis Company has applied to register Special K as a trademark, and we are defending our trademark,” a spokesperson told the BBC of her employer’s 59-year-old Australia-situated attachment to the product, which has come to include nutrition bars, crackers, protein water and shakes.

“Kellogg will continue to defend our very strong and iconic Special K brand—which is known and loved by many Australians,” the company added.

The timing of the matter adds yet another interesting bit of spin to the saga that has become his professional journey. Kokkinakis has played only three matches, including last week’s first-round loss at the French Open, since 2015, when he tallied 13 of his 15 career triumphs. Following the defeat to eventual quarterfinalist Kei Nishikori, the 6-foot-5 right-hander, absent at a Grand Slam tournament since the 2015 US Open, stated “Yeah, it’s been a frustrating time, but it’s good to be back on the court. I felt pretty good out there, all things considered, and I felt like I had a good shot.”

The Kellogg’s matter, whose second stage will grant the company time to alter its statement of claim and him the chance to plan his defense, presents an opportunity for Kokkinakis to test his maturity. He will again be looking to establish himself as a contender, especially with the tennis calendar switching from clay to grass, while also pondering how to convince his homeland that it should allow him to market himself as Special K. Given that the Land Down Under will be experiencing winter, albeit a customarily mild one, come August, will the Federal Court of Australia give the promising player a cold shoulder, or will his hope spring eternal? In this instance, the ball is not in his court.