Texas Rangers Bobblehead Giveaway Is Great for Team, Not So Much for Fans

Due to the amazing season engineered by the Houston Astros, culiminating in the first World Series title in franchise history, it was easy in 2017 to overlook the Texas Rangers, who, with a 78-84 record, finished 23 games behind their fellow Lone Star State occupant in American League West Division play. The latter squad would love to recapture the magic that led to division championships in 2015 and 2016 and will rely, as it has since 2011, on the batting prowess of third baseman Adrian Beltre and shortstop Elvis Andrus to propel it back to prominence. The infielders have made it quite obvious that they are amigos, and the club is looking to cash in on their camaraderie through a pair of Dr. Pepper-sponsored bobblehead nights. 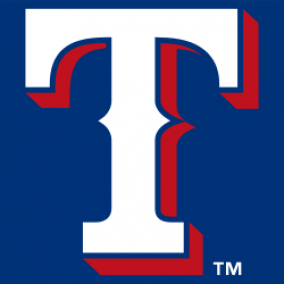 The Texas Rangers are hoping for a return to prominence after 2017's fourth-place finish. | Credit: Wikimedia Commons

Many people have deemed baseball a child’s game played by adults, and the aforementioned teammates enjoy engaging in levity that supports that estimation. The 38-year-old Beltre and 29-year-old Andrus have helped the Rangers make four postseason appearances since the former, who certainly will enter the Hall of Fame five years after he stops slamming fastballs, arrived in Arlington seven years ago. Last year marked only the second losing season that the Rangers have suffered in that span, so management is definitely hoping improved play can draw fans in droves to Globe Life Park.

If the diamond dwellers do excel, the organization’s list of promotions figures to be a hit, but ones involving the best buds might prove a bit steep for the average household to enjoy. Teams often make wise marketing moves to bring attention to their stars, and, in terms of bankable performers, Beltre and Andrus easily stand out. (Joey Gallo, who socked 41 home runs last year during his first full big league season, would argue that he deserves similar consideration, which his employer will give him May 26 through a Medical City Healthcare Star Wars Han Gallo Bobblehead.) On June 16, a Beltre collectible will serve as the first element of the beverage company’s two-part Best Friends Bobblehead offering, with Albertsons as the secondary sponsor.

Featuring the smiling slugger holding his glove to his face, the goodie has his name at the base and “BEST” right next to it. To avoid having to answer why the collectible’s text leaves us hanging, fans will have to return to the stadium on July 21, at which time they will receive the Dr. Pepper/Tom Thumb-provided Andrus bobblehead that bears his name following mention of the word “FRIENDS.” Placed together, they look very appealing, but since they go only to the first 15,000 fans each night and because tickets for the June tilt against the Colorado Rockies and the July contest versus the Cleveland Indians are relatively steep, these promotions could count as artistic wins for the franchise yet scheduling and financial strains for the fan base.

Finding measures to incentivize attendance is always going to be an element of Marketing 101, but one could definitely question the decision to make separate bobblehead nights for Beltre and Andrus, not to mention the plan to spread out their distribution by five weeks. The Rangers are definitely hoping their bobbleheads roundup, which constitutes a club-record 12 giveaways, will be hits, and it will be interesting to see how many fans take the double plunge and say to the ball club “You’ve got a friend in me” by securing the Beltre and Andrus commemoratives.

Submit Your Nomination for Print+Promo Marketing's 2021 Women in Print and Promo Issue!