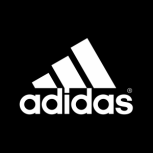 Most of the counterfeit items were fake Adidas apparel.

Nine people were arrested yesterday at a factory in Bangkok after police found them printing fake logos and trademarks on T-shirts.

Officials from the Economic Crime Suppression Division (ECD) raided the factory with a search warrant, and seized more than 40,000 counterfeit T-shirts, 30,000 of which were fake Adidas shirts. The whole lot was worth about $1.14 million.

The police arrested the factory's two owners as well as nine workers from Myanmar. The deputy commissioner of the Central Investigation Bureau, who was present at the raid, told the Bangkok Post that this particular raid is part of a larger investigation after ECD police arrested T-shirt merchants for copyright infringement and discovered where the T-shirts came from.

One of the factory owners said that she and her boyfriend, the co-owner, started the business two years ago, and that they mostly sold to vendors at flea markets, who would bring their own T-shirts to the factory to have logos and names printed on them for about 50-60 baht ($1.43 to $1.71) each.