Last year was another good one for promotional products suppliers. How good, exactly? Our 2020 Top 50 Promotional Products Suppliers totaled $7.5 billion in 2019 sales, up from $6.5 billion in 2018. In 2017, that number was $5.2 billion, meaning our Top 50 suppliers have increased sales by more than $2 billion in just two years.

There are a few caveats here. For one, those numbers have each year been bolstered by new additions to our list—suppliers that had not reported sales totals the prior year. This year, for example, there were two new suppliers in the top 25. We should also note that some large suppliers that do not report numbers to us for the list, like SanMar, Gildan and 3M Promotional Markets, are not included. If included, these suppliers would drive the totals even higher.

But let's talk about who's here: Last year's top 10 returns intact, though with a few position changes. Five suppliers saw year-over-year sales growth of 20 percent or more. Among these, S&S Activewear led the way, growing sales from $722 million in 2018 to $1.3 billion in 2019, an 80 percent increase. Showdown Displays had the second largest percentage sales increase, at 31 percent. Polyconcept, which last year acquired former Top 50 supplier ETS Express, saw a 25 percent sales increase. Altogether, 39 of the Top 50 Suppliers either increased sales or had no change from the prior year. 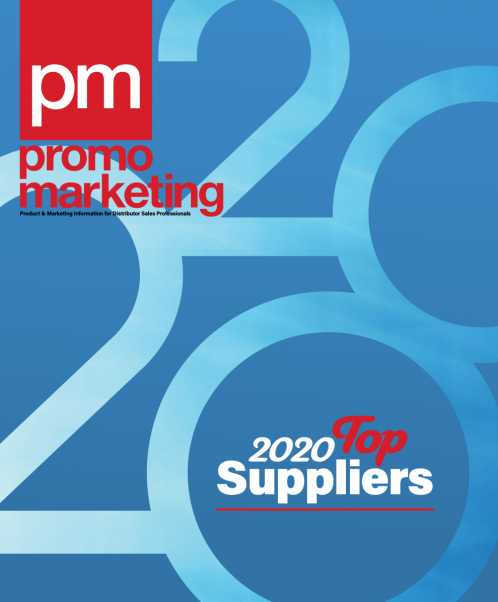 Some other notables: HPG moved up one slot from No. 8 last year to No. 7 this year after moving from No. 13 on our 2018 list. HPG's just-announced acquisition of former Top 50 supplier Webb Company, along with the launch of its new Batch & Bodega food brand, happened this year and are not reflected in its ranking, but it will be interesting to see how those moves impact the supplier's placement next year. iClick, which saw explosive growth over the last few years in part due to the rise of PopSockets, slowed down a bit, dropping several spots in the rankings but still reporting a strong $52 million in 2019 sales.

The big question, of course, is what this list will look like next year, as the full impact of the pandemic comes into focus. That could mean more mergers and acquisitions or big ranking jumps as some suppliers fall off and others ride strong PPE and sanitizer sales to the top. In the meantime, here are a few more stats from our 2020 Top 50 Suppliers list:

• The smallest supplier on our list by employee headcount was Alpi International at 30 employees. The largest was Delta Apparel at 7,000 employees. Altogether, our Top 50 suppliers employed more than 29,000 people in 2019.

• Nineteen U.S. states and one Canadian province were home to at least one supplier on the list. Unsurprisingly, California led the way with nine Top 50 Suppliers headquartered there, but several other states had strong showings. New York had six suppliers on the list, while six states (Illinois, Massachusetts, Missouri, Ohio, Pennsylvania and Washington) had three each.

Check out the full 2020 Top 50 Suppliers list here. For the first time ever, the list includes the full results of our 2020 Supplier Excellence Awards, as voted by Promo Marketing readers. Find out who won gold, silver and bronze in 42 product categories. Download now. It's free!

Movie Magic: How One Distributor Used Print and Promo to Promote a Beloved Animated Film
Comments
The Top Lists