The Best of the 2019-20 Bowl Game Swag: Backpacks, Video Games and a Fanny Pack

It's that time of year again, everybody. The most wonderful time of the year to receive gifts. That's right, it's college football bowl season, where lucky athletes on successful Division I football teams get to walk away from a likely meaningless football game with a big ol' pile of swag! Some games are more luxurious and freebie-heavy than others, but all have an interesting caveat this year.

To coincide with college football's 150th anniversary, the NCAA is letting some bowl game organizers give a commemorative coin or the "History of The Bowls: Celebrating The Good of The Game" book without the items counting toward the $550 spending limit. It's also, according to Sports Business Daily, the first year a fanny pack is included in the bowl game gift sets.

Aside from coins, books and fanny packs, let's take a gander at some of the other noteworthy gift options from bowl games this year. 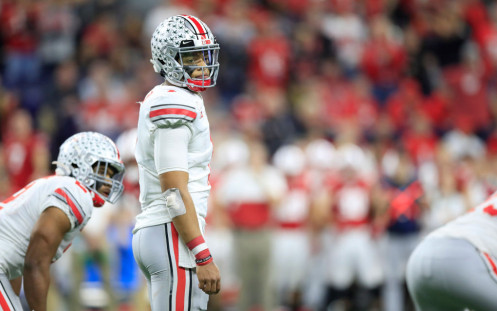 Watches and headphones are also hugely popular, with bowl games like the Quick Lane Bowl in Detroit giving out LBL wireless headphones and the R+L Carriers New Orleans Bowl giving out Fossil watches. Here's a fun one, too: The Quick Lane Bowl is also giving out life-sized decals of each player's likeness. Multiple other bowl games, like the Chick-fil-A Peach Bowl, Rose Bowl Game and Cheez-It Bowl will give out Fossil watches.

Finally, since it's important to remember that these players are still athletes and have to go to school once the game is over, there are plenty of backpacks. Multiple bowl games, like the Camping World Bowl, Redbox Bowl, Autozone Liberty Bowl and VRBO Citrus Bowl are giving out backpacks from Herschel, one of the most popular brands in the game lately.

Oh, and could you guess which bowl game had the fanny pack? If you guessed the Famous Idaho Potato Bowl, you're right! What better way to store potatoes than a fanny pack (provided by Herschel)?