The Best Super Bowl Promo Products We Saw in Miami

How about that Super Bowl, huh? Our boy Andy Reid finally got his ring, it was a thrilling comeback, the halftime show was a lot of fun, Tom Brady was minimally involved in the broadcast and the game was over in time to get a good night's sleep. What more could you possibly ask for?

Well, we could ask for one thing, actually. We had to watch from the couch, but a little birdie (Rich Thompson, president of AdGraphics Inc. and a member of SGIA's Graphics Production Committee) sent us some pictures from Miami, where there were plenty of Super Bowl promo products around the city and at Hard Rock Stadium.

So, while we had to admire from afar (in much colder temperatures), here are some of our favorite promotional items from around the grounds at Super Bowl LIV. 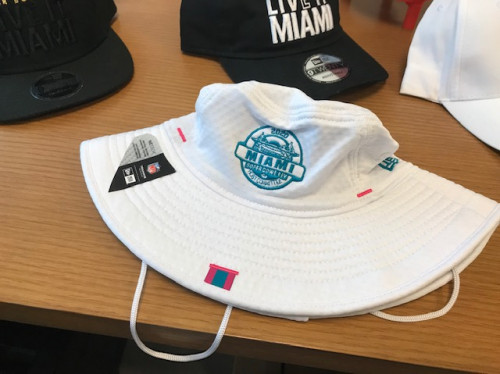 If you're going to be down in the sunshine, you need to protect yourself against the rays. This has a minimalist, classy design, with just enough of that turquoise splash to remind you that you're in Miami. 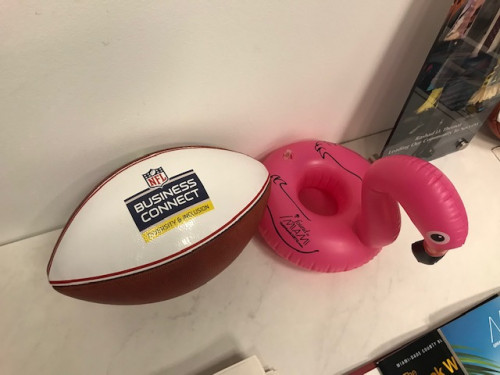 Being Miami, chances are folks got to hang out in a pool or the ocean during the weekend. While they're floating around, they can throw their tropical beverage in this adorable inflatable flamingo. 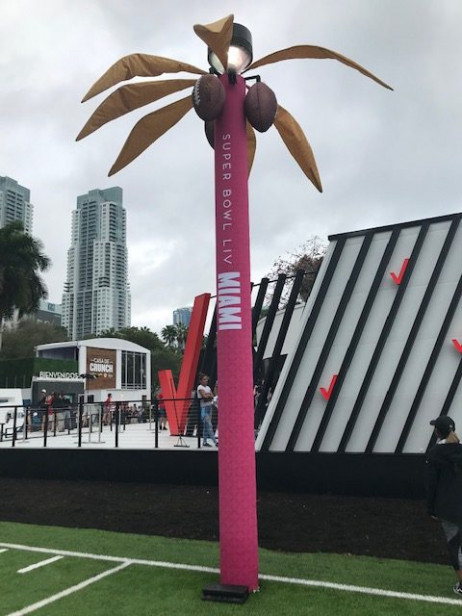 Not that Miami needs any artificial palm trees, but there aren't too many pink ones around South Beach. There are even fewer on the playing field, but this display is fun (albeit treacherous for players). 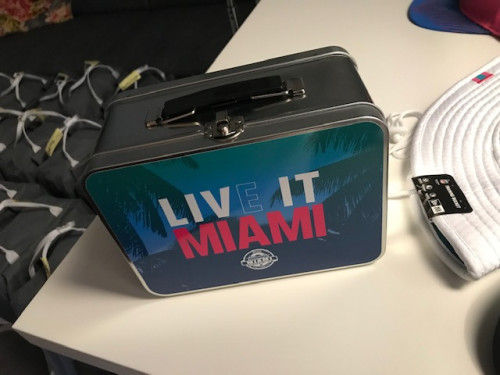 We noticed that retro-style products like metal lunch boxes were getting popular at PPAI Expo in Vegas. Looks like we called that one! 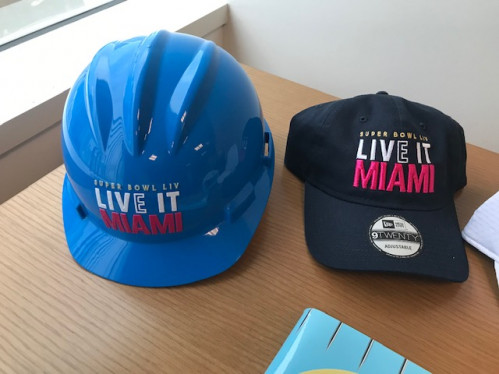 We're going to be honest here. We don't really see the connection between the Super Bowl and construction hats, but any excuse to stay safe is fine by us. The organizers for this year's event really benefited from the "LIV" for slogans. 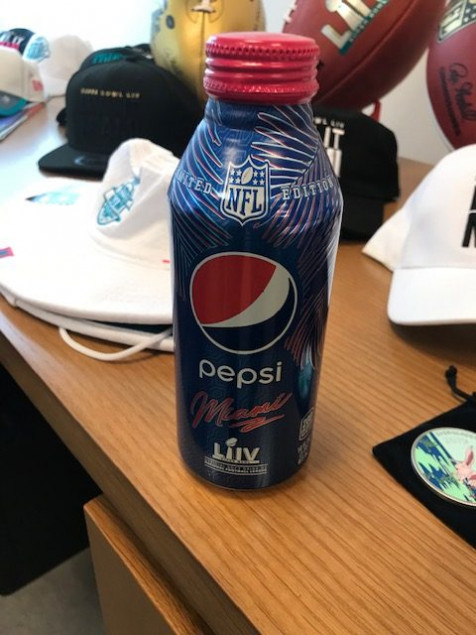 Pepsi and the Super Bowl are practically synonymous. The only things missing are some Budweiser Clydesdales. This Pepsi bottle had a very "Miami Vice" vibe to it, which is fun. 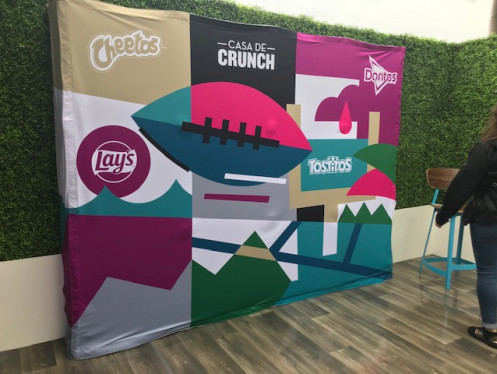 Since we couldn't be there ourselves, we don't really know what the Case De Crunch is. But, being that it's sponsored by Lay's, Cheetos, Tostitos and Doritos, we know we're interested to find out more. If the snacks couldn't draw us in by themselves, this colorful display sure would. 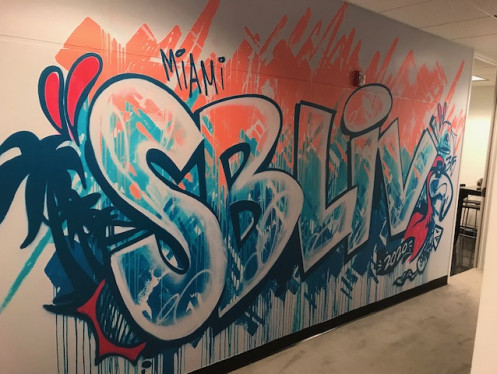 Having a Super Bowl in such a vibrant city probably makes it a little easier for designers to come up with theme inspiration. No offense to other cities, but a city as lively as Miami deserves some matching signage for an event like this. 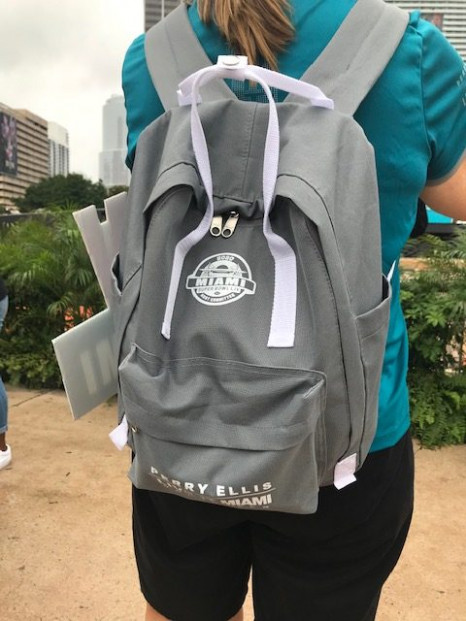 If you went to the game, wouldn't you want to brag about that forever? We'd use this backpack for work, the gym, traveling, you name it. We might even consider going back to school for some post-grad degrees just so we could wear it around campus. 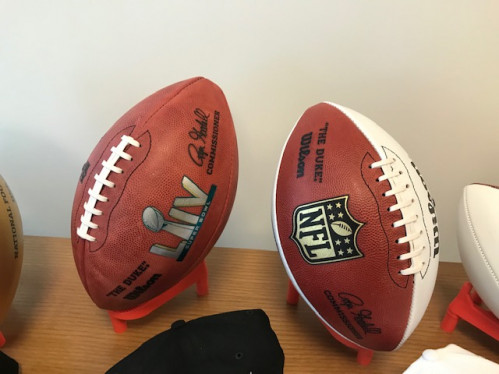 While the Super Bowl is probably the biggest single-day event on Earth with all of the pageantry and pizzazz, it's important to remember that it is still a football game. So, it'd be pretty weird if the NFL neglected some branded footballs, wouldn't it?