The Latest in Athletic Apparel: Pillowcases?

“Oh bed! Oh bed! Delicious bed! That heaven upon earth to the weary head,” declared English humorist and poet Thomas Hood in “Miss Kilmansegg and Her Precious Leg,” offering a sentiment with which all of us, especially athletes, can wholeheartedly agree. While the rest of us cherish our nocturnal knockouts as opportunities to recharge, competitors, when giving their noggins a needed break, must also ponder the immense expectations of fan bases and owners bent on accumulating revenue and enjoying renown among their peers.

The lion’s share of the glory in terms of preparation tends to go toward how sports figures fuel and build their bodies, but Under Armour is making attractive the periods when they are inactive by expanding its recovery line products to include bed sheets and pillowcases. 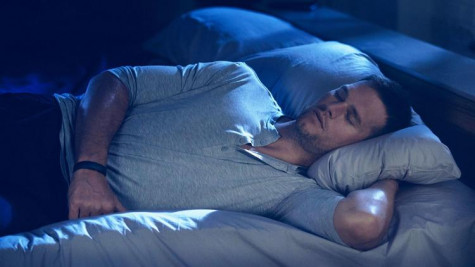 Love him or hate him, Tom Brady will undoubtedly go down as one of the greatest gridiron presences ever, and certainly merits mentions in any best-athletes-of-all-time conversation. The New England Patriots quarterback already promotes the company’s sleepwear that strives to help him and his fellow title seekers across all sports recover from their all-out efforts, and he is backing these items, too. In a we-surely-saw-that-coming move, Under Armour, which distributed technology-enhanced pajamas to NBA Draft combine participants in May, wanted to give the pros another means to nod off peacefully, and is relying on infrared wave-absorbing particles to direct energy back to their skin.

Brady, who continues to shred defenses at age 40, is likely to prove more lethal if he relies as much on the new goodies as he has on the pajamas, but Under Armour stands to position his adversaries to transform Shakespeare’s “To sleep, perchance to dream” line from “Hamlet” into “To sleep, perchance to dream about dethroning New England come playoff time.” We weekend warriors can certainly mimic the signal caller and every other athlete if we have $250 to $350 to shell out for the sheets and cases. While Under Armour, whose product disclaimer states the recovery aids are “not intended for use as a medical device,” is not promising that its novel creations are going to shave off a few strokes from anyone’s golf score, add any miles-per-hour on an individual’s fastball or make someone drain NBA-length three-pointers with ease, end-users can at least expect to have dreams about being like their heroes complement any visions of sugar plums that dance in their heads.