The 'Netflix of Apparel'? Subscription Clothing Company Stitch Fix Now Worth $2B

Subscription services are making huge waves among consumers. From Netflix's instant streaming to Birchbox's monthly makeup subscription boxes, there's no shortage of tailored options. In the apparel subscription world, there's one brand that has stood out from all the rest: Stitch Fix.

We covered the company a year ago, when it seemed its clothing algorithm was set to revolutionize the apparel world. And, now, it appears the San Francisco-based clothing company is showing no signs of stopping. According to CNBC, analysts are predicting the company could become the "Netflix of apparel," thanks to its outstanding user-base growth and accelerating revenue. 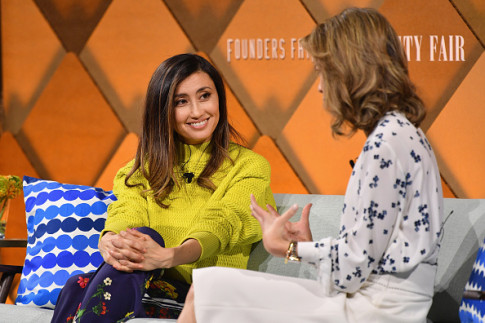 Stitch Fix, now valued at $2 billion, went public in November, and CNBC reported that shares are up 81 percent since through Monday's close. Quarterly results reported on June 7 topped analysts' expectations, and subscribers grew 30 percent in quarter three, as compared to last year.

But comparing it to Netflix? It's possible, but "Halftime Report" trader Josh Brown said it could also go the way of meal-kit delivery company Blue Apron, which started strong but has struggled to maintain subscriber growth. It all depends on whether or not the subscription box service can keep its customers engaged and satisfied.

Stitch Fix's best asset, however, is its data. The company's algorithms make it easy for Stitch Fix to best predict what apparel options are going to appeal the most to its customers, so there is very little potential for error. Perhaps it's time your business got on the big data train as well.