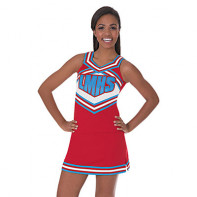 In an effort to demonstrate inclusion, retailer Meijer will integrate its plus-size clothing into its non-plus-size racks. CBS News reported the brand plans to target trends rather than size when it comes to marketing moving forward.

After several American Airlines employees complained that their new uniforms gave them hives and rashes, the uniforms underwent independent testing. According to the Chicago Business Journal, the initial testing showed several substances and chemicals that could be harmful, but we'll have to wait for skin sensitivity tests to see if it's really a problem.

Hip-hop artist Killer Mike is tossing his hat into the political merchandise game, according to Pitchfork. Because a leaked email to John Podesta, chairman of Hillary Clinton's campaign, said, "I guess Killer Mike didn't get the message" (in reference to his support for Bernie Sanders), Killer Mike responded with merchandise featuring the phrase. The merchandise is available here.