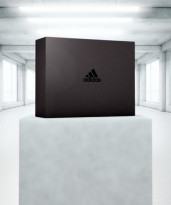 Adidas is about to get rid of all your excuses for not working out. It is launching a fitness-gear subscription box called Avenue A that will bring a variety of footwear, apparel and accessories straight to your door four times a year, Refinery29 reported. The subscription is $600 and will have a total of three to five products per shipment.

In honor of his final season in the NBA, Nike is releasing every Kobe Bryant sneaker it’s ever made. The Fade to Black collection will start off with the Nike Zoom Hurache 2k4 in pure white and end with the Kobe 11 Elite Low FTB in black, according to HotNewHipHop.com. Each pair will be $200. 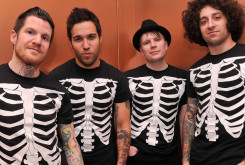 Fall Out Boy fans can expect some unique new merchandise on the band's upcoming tour. The rock band is collaborating with Manhead Merch and Yoshirt to create custom apparel, we reported. Fans who go to one of the shows will receive a link that will have apparel for sale with photos from that night’s show—taken by Fall Out Boy—on it. 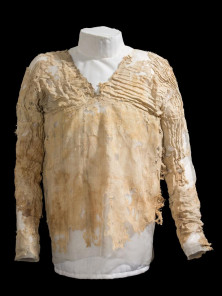 This linen dress takes vintage to a whole other level. According to National Geographic, the Tarkhan dress was found in an Egyptian tomb and is said to be 5,000 years old—making it the oldest woven garment ever reported. There are signs that it wasn't just ceremonial, but actually was worn by someone from the upper crust.