Don’t count American Apparel out of the fashion game. The Los Angeles-based clothing company is launching a new luxury T-shirt campaign in June that it believes will bring its business back to life, according to racked.com. Along with the new T-shirt, American Apparel also plans to include more inclusive sizing, an issue its been criticized on in the past.

We have a rule—if you’re going to sweat in a pair of leggings, we probably shouldn’t spend a small fortune on them. And now we’re in luck, because Zara is launching an affordable activewear line, Shape reported. Workout tops, swimsuits, sports bras and more will only set consumers back about $20 or $30. The line will be available for purchase on Zara’s website in the next few weeks. 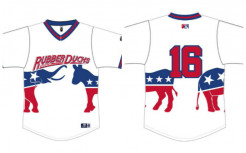 Everyone’s getting in on the presidential election fun. CBS Sports reported that the Akron RubberDucks, a minor league baseball team, is having Swing State Night on July 15 to celebrate Ohio being a swing state. The team will be sporting election jerseys with an elephant and donkey on them.

Is it too late now to say sorry? As we reported, Justin Bieber's Purpose Tour T-shirts featured an embarrassing spelling mistake in a passage from Proverbs. The shirts have been recalled, and anyone who purchased the $45 tee is allowed to exchange it for a correctly spelled version. The remaining faulty tees have been pulled from future shows. 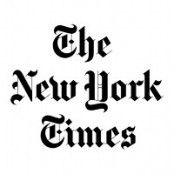 When fashion and technology pair up, it should be put on display for the world to see. The Museum of Fine Arts in Boston, Metropolitan Museum of Art in New York City and more galleries are starting to do just that. According to The New York Times, one of the tech fashion pieces on display is a Twitter dress that displays tweets and has 10,000 micro-L.E.D lights in the fabric.