The Wrap: H&M Teams Up with Coachella, Sears Sales Drop and More

If you didn't get your Coachella ticket before the festival sold out, don't sweat it—you can have your own dance party at home and still dress the part. For the second year in a row, H&M will release a co-branded collection with clothing pieces featuring beading, fringe and bold prints, according to the Hollywood Reporter. There will be a pop-up shop at the festival, and the collection is set to hit U.S. stores on March 24. 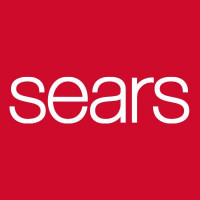 Parts of the country might be enjoying the mild winter weather, but Sears certainly isn't. According to Forbes, the retailer is blaming the warm temperatures as one of the reasons it lost about $225 million in the 2015 fourth quarter. To try and save itself this year, Sears is planning an expense reduction of $600 million by closing stores, cutting staff and selling assets. 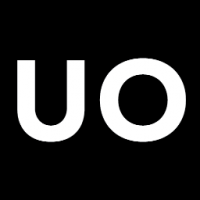 Someone has a little light reading to do. Urban Outfitters was granted permission from a New Mexico federal court to present more than 3,000 pages of evidence claiming the Navajo Nation didn't protect its trademarks from other parties, Philadelphia Business Journal reported. The Navajo Nation and Urban Outfitters have been in a legal battle for almost four years over alleged trademark infringement and other allegations. 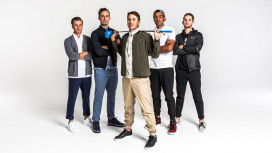 When watching a golf game, the last thing we notice is the fashion sense of the golfers—but that might be changing. Nike Golf launched new high-tops, joggers and golf tights for 2016, according to Golf.com. The line is a lot more more modern than the traditional polos we're used to seeing on the course. 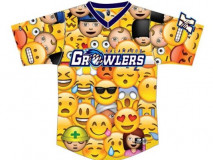 We have mastered the art of having entire conversations with just emojis, and it looks like the Kalamazoo Growlers have jumped on the emoji bandwagon too. The baseball team is asking its fans to vote for their favorite emojis, the Detroit Free Press reported, and the top 25 will be featured on the team's jerseys for a game against the Rockford Rivets on Aug. 13.