The Wrap: Is UV Clothing a Summer Staple? Can You Be Arrested for an Offensive T-shirt? and More

We like to say our summer scent is “sunscreen.” We reapply so often that most of our summer apparel retains the faint smell of suntan lotion no matter how many times it goes through the wash. But it looks like we may be adding to our wardrobe this summer. According to U.S. News and World Report, UV clothing, available at many retailers and sporting goods stores, is a solid option for protection from the sun. While a regular white T-shirt has a mere SPF 3, UV clothing is SPF 30 and SPF 50—and often is made with bathing suit fabric, so we’re still protected in the water. 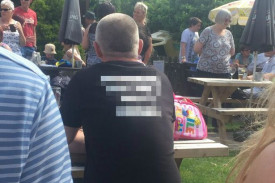 Can you be arrested for wearing an offensive T-shirt? The answer is yes, which surprised us, too. A 50-year-old British man was arrested after wearing a shirt that suggested the 1989 Hillsborough disaster, where 96 people died at a soccer stadium in England, was “God's way” of helping a pest control company, Liverpool Echo News reported. The man was charged under the Section 5 Police Order Offence rules, which relate to the display of threatening and abusive sign and writing, likely to cause harassment, alarm or distress. He is currently released on bail, awaiting a July hearing. 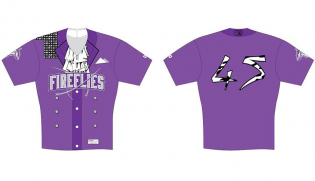 It’s still hard to believe that Prince is gone. But the Columbia Fireflies, a minor league team in South Carolina affiliated with the New York Mets, are doing something pretty cool to honor the late legend—and a large donation he made to the city in 2011, NJ.com reported. On June 9, “Purple Game, Purple Game” night will feature free parking for Little Red Corvettes, frozen “Purple Rain” beverages, free purple glow necklaces to anyone born in 1999, a themed fireworks show and some pretty spectacular jerseys. If only the team would put them on sale. 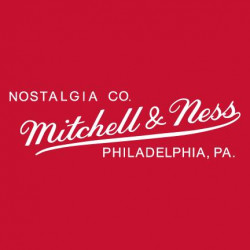 Adidas has been saying, “so long,” to a few of its assets recently in its move to focus on performance gear and increasing revenue. Now it’s time to add one more to that list. Adidas will sell Mitchell & Ness, the U.S. sportswear company that you can find at many major sporting events, after owning it for nine years, Complex reported. While the details haven’t been revealed, Mitchell & Ness will be sold to a newly formed company owned by Juggernaut Capital Partners, a U.S. equity firm. 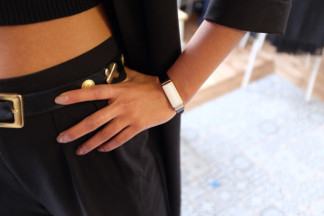 We’ll always love mood rings. Maybe that’s why we think this crowdfunded, unisex biometric bracelet is so cool. According to Wareable, Zenta isn’t a fitness tracker, instead it tracks steps, sleep, activity, heart rate, heart rate variability, galvanic skin response, skin temperature and respiration to track our emotions, with an aim to improve our overall happiness. With a companion app, wearers will be able to see how daily activities affect their moods and use that insight to reduce stress. And, bonus—it’s actually pretty stylish!