The Wrap: The Promo Supplier Behind the NFL Draft, Nike Says No to Team Ireland and More 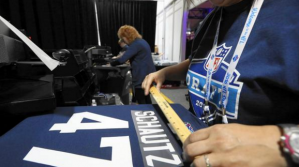 Teamwork makes the dream work—on and off the field. Just ask Sterling Heights, Illinois-based Stahls’, the magicians behind the remarkably fast turnaround time on jerseys at the NFL draft. With only two minutes between the time a player is selected to the on-stage announcement, Stahls’ on-site team works in a small room backstage printing names on jerseys, the Chicago Tribune reported. To prepare for any potential selection, the company had 1,600 names and team possibilities on hand and ready to print.

The luck of the Irish doesn’t appear to be shining on Nike. Golfer Rory McIlroy, who has a contract with Nike at an estimated $20 million a year, has decided to represent Ireland—and not Great Britain—at the 2016 Olympics in Rio, according to Golf.com. Why is this bad news? Well, it passed on the opportunity to provide Team Ireland’s Olympic gear, meaning if McIlroy medals in golf’s returns to the Olympics he won’t be wearing the Nike swoosh. 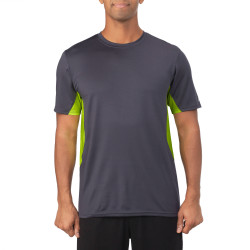 So fresh, so clean. Don’t just sing along to Outkast’s single of the same name—make it your life motto with the Coolforce T-shirt. The shirt, a collaboration between The Dow Chemical Company and Russell Brands LLC, is part of the Intellifresh brand that features Dow’s patented Silvadur technology. This tech, which neutralizes bacteria on fabric surfaces, provides advanced odor and freshness protection, so you don’t need to worry about sweating the small—or the big—stuff. The shirt is available at Wal-Mart.

Hailee Steinfeld wore H&M to the Met Gala. (Image via Us Magazine)

Need a little inspiration to keep dreaming big? Look at H&M. The fast-fashion retailer doesn’t let anything stand in its way of its red-carpet dreams. According to Racked, six celebrities—Hailee Steinfeld, Jennifer Hudson, Ciara, Amber Valetta, Lucky Blue Smith and Pyper America Smith—all donned custom H&M looks at the Met Gala this year. It’s not the first red carpet, or even the first Met Gala, for the brand, but it keeps the momentum going and the dreamers dreaming. 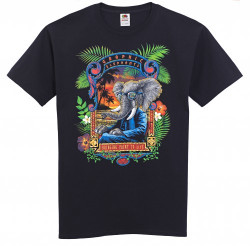 Vote for your favorite design and receive a sample T-shirt.

Seeing is believing—but it helps when you can try it for yourself, too. A new ad campaign from Bowling Green, Kentucky-based Fruit of the Loom’s Imprintable Activewear division gives decorators the opportunity to do both. The HD Cotton shirts are high-density fabric with a smooth print surface, and have been designed for maximized print space. Vote for your favorite design, and you can get a free sample of the shirt to see how the decoration looks up close, as well as a blank sample shirt to try out your own design. Happy decorating!