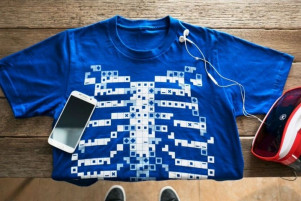 Can a T-shirt make you smarter? Virtuali-Tee from Curiscope says “yes.” What looks like a standard T-shirt actually is a wearable anatomy lesson thanks to the power of virtual reality, according to Digital Trends. Point your smartphone, tablet or virtual reality headset at the shirt’s design while using the free app, and you’ll see the heart and lungs in action. Move closer to the shirt and you’ll move closer to the organs on display for a more immersive look. 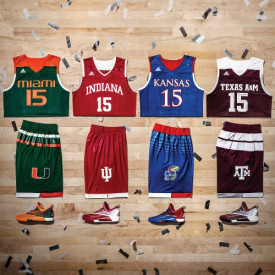 We’re definitely bigger fans of baseball than basketball—but we appreciate how often basketball likes to work new uniforms into the mix. (Who doesn’t love new clothes?) Adidas just unveiled this year’s March Madness postseason uniforms, For the Win reported. The “Made in March” collection features dual-color contrasts across the collar and pays tributes to the schools’ traditions with unique designs on the shorts’ waistbands. 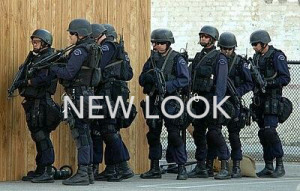 Image via the Minneapolis Police Department

Black and blue are the new green. Well, at least for the Minneapolis’ Special Weapons and Tactics (SWAT) team. Over the next few months, the Minneapolis Police Department will swap the team’s green uniforms for navy blue and black ones in an attempt to prevent citizens from seeing the police as a military force, CBS Minnesota reported. While Minneapolis has been going green (with its uniforms) for decades, the new black-and-blue look falls more in line with traditional tactical police colors. A softer look, if you will. 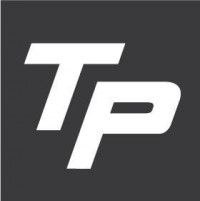 Hello, and welcome to the 1950s. In today’s news, a North Carolina charter school’s dress code doesn’t allow girls to wear pants—dresses, skirts and skorts only. In an attempt to catch up with the rest of the world, a group of parents filed a federal lawsuit against the school, saying the dress code discriminates against girls—particularly those who don't have "traditional values"—according to Think Progress. The school thinks it’s a way to preserve chivalry and respect. Right. 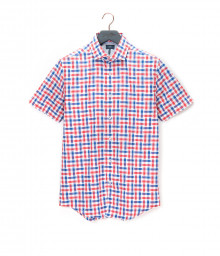 You’re a good man, Russell Wilson. But the Seattle Seahawks quarterback isn’t the only one—especially now that everyone can purchase apparel from Wilson’s new clothing line. “Good Man Brand,” which donates $3 to the Why You Not Foundation for every item purchased, features (fairly pricey) shorts, T-shirts, blazers, shoes, etc. that will be available online, at Nordstrom’s and “mom and pop” shops, Fox News reported. 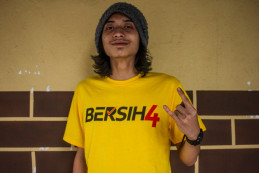 Image via The Malaysian Insider

T-shirts can make powerful statements. And, as we reported, a Malaysian High Court upheld a government order that banned a T-shirt, calling it a national security threat. The shirts, which read “Bersih 4” and call for a clean government, sold out quickly last August—and are not the first that have been banned by the Malaysian government. Under the court’s ruling, those caught wearing the shirt could be fined $1,185. And we thought the $795 shirt Beyonce wore to a basketball game was expensive.