The Wrap: Why Did Under Armour Hire a Fashion Designer? Has Lululemon Lost Its Way?

When the competition gets tough, the competitors need to get creative—or more fashionable. Just look at the athletic wear market and the growing athleisure trend. Now, Under Armour has brought on fashion designer Tim Coppens to serve as executive creative director for UAS, Under Armour Sportswear, a new collection launching this fall, Fortune reported. No word on pricing yet. Coppens’ designs typically are pricier—think $245 for a T-shirt—than Under Armour’s more affordable and traditional T-shirt options.

Sometimes speaking your mind is good. Sometimes it looks more like putting your foot in your mouth. At least that’s the case for Chip Wilson, Lululemon’s founder and former chairman. (Remember how well he handled that see-through legging problem?) While Wilson resigned from the company, he still owns 14.2 percent of the company and wants his voice heard. According to CNN Money, he recently wrote in an open letter to shareholders that the brand has “lost its way” and needs a call to action. 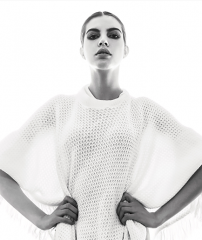 It’s not the first time I’ve said it, but: The right fit is important. And I’m not the only one who knows it. People want clothing that fits. According to Body Labs’ "2016 Apparel & Footwear Retail Survey Report," $62.4 billion worth of global apparel and footwear purchases were returned due to incorrect sizing in 2015. While 23 percent of all clothing gets returned, a whopping 64 percent of consumers said the wrong fit is the major reason for the return. Add to that the fact that 85 percent of shoppers say they’d purchase more during a single transaction if fit wasn’t a concern. So clearly, the proper fit should be important to your promotions. 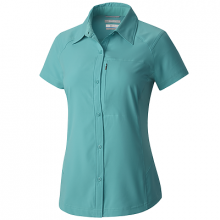 More options and free decoration? Don’t mind if we do. Home to the largest selection of Columbia apparel in the promotional industry, Medina, Minnesota-based River’s End Trading is expanding its collection with 14 new items—think PFG Fishing Shirts, performance knits and rainwear. Bonus: The company is offering free decoration on the entire assortment. 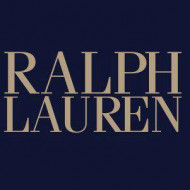 In need of a revamp? So is Ralph Lauren—and CEO Stefan Larsson, who came to the brand from Old Navy, is doing his best to ensure it works. One of his tactics is cutting down the time it takes to get designs created and onto store shelves, CNBC reported. Currently, the brand uses 15-month lead times, but will move to nine months. But other growing pains are in order to reach success. The company will cut 8 percent of its staff and close more than 50 stores, hoping to save $220 million annually, and expects to see a sales decrease for the fiscal year.