Thelonious Monk is one of the most celebrated jazz musicians ever. So, it's no surprise that a brewery would want to harness the cool energy for one of its beers. Thus, the North Coast Brewing Co. released its Brother Thelonious Belgian Style Abbey Ale.

While this beer isn't exactly a new release, its name didn't go over well with Monk's family, which claimed it didn't give permission to the Fort Bragg, Calif., brewery to use his name and likeness on packaging. 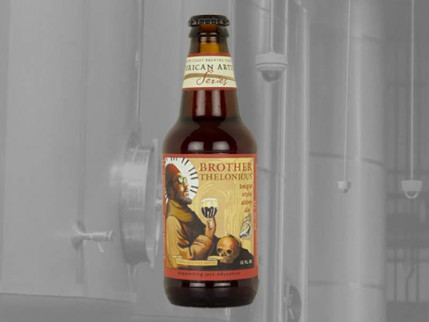 The family of Thelonious Monk is suing North Coast Brewing Co. over its Brother Thelonious beer. | Credit: The Press Democrat

Monk's son filed a lawsuit last week, accusing North Coast Brewing Co. of trademark infringement and other violations, according to The Press Democrat.

North Coast Brewing Co. president Mark Ruedrich told The Press Democrat that he was "disappointed" by the lawsuit, but was ready to defend its rights to use the name.

The lawsuit reportedly says that the brewery made a verbal pact with Monk's son to use his father's image for marketing purposes, but he revoked his permission last year.

The 3 Product Categories Seeing the Most Demand

Our 5 Favorite Promotional Products of the Week: Baseball Bat Mugs and More