In his role as the director of the National Institute of Allergy and Infectious Diseases, Dr. Anthony Fauci has become a strangely polarizing figure as the nation has begun its battle to combat COVID-19. Opposition to his input has led to increased security for the 79-year-old at the same time that many Americans have come to see him as the most trusted expert on how the population can endure the pandemic. Those favoring his involvement in the crisis have bred a cottage industry of Dr. Fauci merch.

In addition to food items such as cupcakes and doughnuts, the commercial market is welcoming a wave of buttons, prayer candles, socks and T-shirts bearing the image of the 2008 Presidential Medal of Freedom winner. One New Jersey bar is even giving customers a Dr. Fauci shirt when they order takeout. It would not shock us to see, say, drinkware joining that mix soon, but the biggest example of Fauci merch comes via the National Bobblehead Hall of Fame and Museum.

A Dr. Anthony Fauci bobblehead? It was inevitable. https://t.co/L2Z7mJivcB pic.twitter.com/WByyAzhkhb

According to a release from the Milwaukee-based shrine, the collectible sees him standing on a base near his name, with his depiction showing the nation how it needs to “flatten the curve.”

“We received a lot of requests for a bobble of Dr. Fauci and are excited to be able to use the bobblehead to raise funds for a vital organization that is helping limit the spread of the coronavirus while making people smile during these unprecedented times,” said Phil Sklar, the location’s co-founder and CEO.

The American Hospital Association is the entity that will benefit from sales of the bobblehead, as $5 from every $25 purchase will go to assist its 100 Million Mask Challenge. The item will go on pre-sale today, with expected shipments in July. 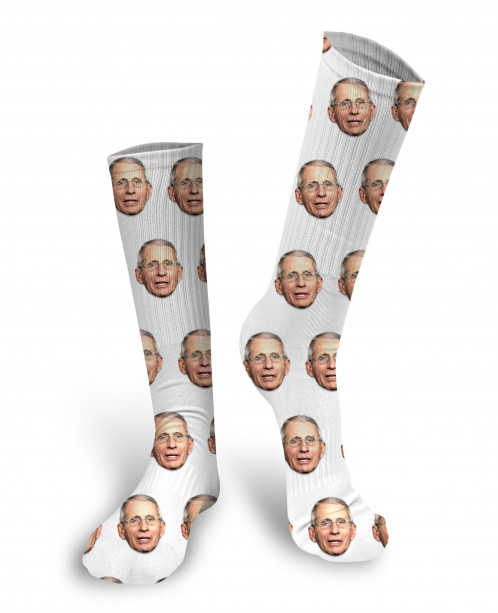 While the doctor has been in the public eye since 1984, one would likely never have imagined that he could serve as a source for promotional products because, until now, he had not been a household name. However, he has emerged as a voice for many Americans eager to have our collective health strengthened, so Dr. Fauci merch could come to be an unexpected winner for various entities.

It is certainly nice that the National Bobblehead Hall of Fame and Museum is donating some of the funds from its sale, making us wonder if other businesses will devise Dr. Fauci merch or any other sort of products that honor those who are consistently providing information or saving lives as the pandemic swells. We would certainly welcome goods, for example, that thank health care workers for their sacrifices.

Bloody Brilliant: The Red Cross Is Giving Out 'Shark Week' Merchandise to Donors in July
Comments
The Top Lists