There have thus far been many depressing athletic consequences due to the COVID-19 pandemic, with Portland Trail Blazers fans counting the inability to catch star Damian Lillard in action. While the answer to when they might again see the five-time All-Star knock down jumpers remains a mystery, they, along with sneakerheads everywhere, will soon be able to revel over his cool new signature sneakers that Adidas and McDonald’s are set to issue.

Before the NBA suspended play nearly a month ago, the 29-year-old guard was having his most productive statistical season, averaging a career high 28.9 points per game. Over this campaign, he has also drawn laughs for his Dame Time commercial on ESPN, so the move by Adidas to co-brand a product with McDonald’s figures to keep him top of mind as fans wait for the NBA season to resume. Their ultimate fate is a variable, but the shoes should fetch constant attention, owing to the presence of the restaurant chain’s golden arches on them and the inclusion of “Dame Sauce” text on the tongue and midsoles. 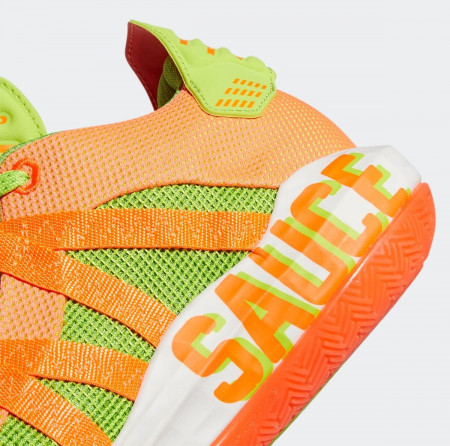 With respect to footwear and co-branding efforts that we have covered, we like this creation, deeming it something that could work to stoke excitement for the NBA’s return. If the pandemic were to cause the cancellation of the rest of the regular season, the Trail Blazers would not be a playoff team. Since a release date for the shoes hasn't been set, perhaps a hypothetical resumption will coincide with the eventual release and, therefore, grant fans the opportunity to wear the shoes while cheering for Lillard.

While it is obvious that Adidas will gain favor from this concept because it sponsors the hoopster, McDonald’s stands to see a bump, too, as the kicks will further Lillard’s connection to the brand and its humanitarian measures.