Remember when we told you about the wearable tech that NBA players are going to use inside their Disney bubble when the season starts again? The most fascinating one was a ring that Sports Illustrated called “the key to the NBA’s restart” thanks to its ability to catch signs of COVID-19 before symptoms even manifest.

The ring, which is made by Oura (and is about as low-profile as it gets for a wearable device that could potentially catch a serious illness at the first signs), tracks vital signs and subtle temperature changes that could be the very first signals that someone has been infected with COVID-19. That would allow the wearer enough time to seek medical attention or self-quarantine to limit exposure to others.

With NBA teams heading to the league's "bubble" at Walt Disney World, here's a look at the Oura Ring they will have the option to wear.

The NBA has reportedly ordered 2,000+ of them in an attempt to help identify potential onset symptoms of coronavirus. pic.twitter.com/COAgZKdrG2

The NBA is just a tiny little piece of this health care puzzle, though. A group of researchers at the University of California, San Francisco, is studying data from Oura rings in use by the general public as well as more than 3,000 health care employees, to spot patterns and mitigate the spread of COVID-19 in the U.S. and beyond.

At West Virginia University, researchers are using artificial intelligence to analyze data taken from the Oura ring. According to ABC News, the WVU team is using brain functions and alertness to potentially find other ways to spot infection.

"We can quantify these biological cycles, and that leads to predictions of health and resilience," Dr. Ali Rezai, leader of the West Virginia team, told ABC. “We’re looking at this asymptomatic and continuous stage. Our goal is to detect it early in this phase and help people manage better with work and public safety.”

Before anyone gets too excited and goes out and buys one of these rings in the hopes of single-handedly ending the pandemic: Yes, it’s very promising and impressive that the technology can detect the slightest sign of infection. But even Oura CEO Harpreet Singh Rai told ABC that this is not a truly medical device. What’s happening is basically the equivalent of using Fitbit data to spot potential heart issues, which has happened in the past.

“I’m not trying to be a replacement for testing,” he told ABC. “You can’t really go buy a wearable and create a diagnosis of a particular condition. We have to be very careful in terms of over-interpreting our data.”

The key is that medical professionals are using these devices in conjunction with their own capabilities. No one should use what their Apple Watch tells them to self-diagnose a major illness. This is just another useful tool for medical professionals to see what’s going on inside that we might not even be aware of.

But it's always exciting to see how quickly wearable technology moves and how we can use it in new ways. In the future, wearables might become less of a luxury item and more of a standard thing for people to wear, as it can give health care providers more information about their condition than they might be aware of. 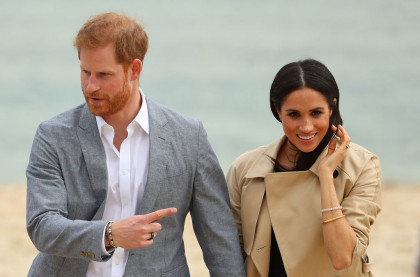