Tillamook's New Merch Line Includes 'Party Pants' With a Removable Cheese Pouch, Can Coolers With a Cheese Pocket and More

"Nice pants. Whatcha got in those pockets?"

"A bunch of cheese."

"Haha. Yeah, that'd be funny. What's really in there?"

"A bunch of cheese."

This is a real conversation that people will likely have now that Tillamook, the dairy association best known for its cheese products, just unveiled a whole line of apparel and other merchandise, including cargo pants with built-in pockets and a removable pouch designed to hold blocks of cheddar cheese.

No, you don't have to put cheese in your pockets if you wear the pants, but it's sort of implied that Tillamook would like you to celebrate National Cheddar Day on Feb. 13—a holiday Tillamook created—with some of its fine promotional wares: 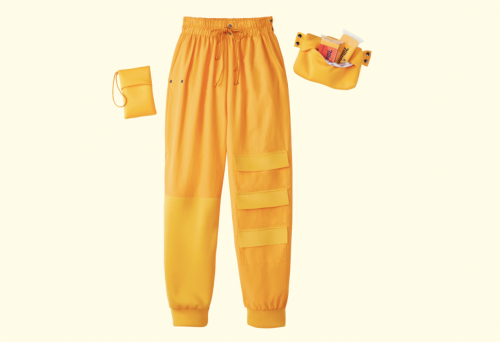 Considering that's the same day as the Super Bowl, the "Party Pants" are really an ideal way to bring cheesy goodness to the party while freeing up your hands to carry other things.

And it's not just cargo pants. Tillamook's line is designed with cheese-carrying in mind. There's a purse made to look like it's made of slices of cheese. There's a can cooler with a little pocket so you can always keep your cheese square near its preferred beer pairing. 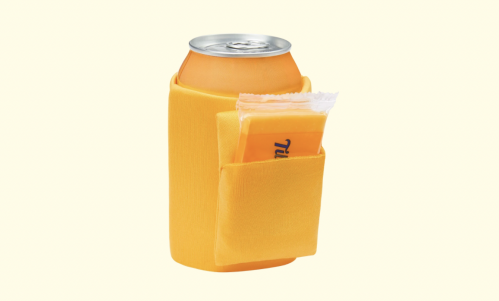 There's also a crewneck sweatshirt (with little tassels that sort of look like slices of cheese), playing cards, a retro V-neck T-shirt, a tasseled cowboy hat and, of course, the Mother Loaf—a 40 lb. block of cheddar cheese that Tillamook is selling for $150.

According to Food and Wine, Tillamook first sold the Mother Loaf last year for the Big Game, and sold all 25 blocks in just 20 minutes. People really love cheese, man.

We get it! We also get that it's a smart move to unofficially pair yourself with the Super Bowl without ever having to utter any of those sweet, sweet, forbidden trademarked phrases, drawing the ire of the NFL and its broadcasting partners. You can create your own holiday based around your primary product, sell some merchandise that people happen to like to bring to Super Bowl parties and rake in the cash.

It's cool that Tillamook used last year's success and expanded this year with some attention-grabbing branded merchandise. Things like cargo pants are coming back in style, and it's clear a lot of time and effort went into designing the custom products. Plus, they incentivize people to tote around as much cheese as they can to snack on during the day.

And for those who are less zealous in their cheese fandom, items like the T-shirt and can cooler are a little more subtle. It's the best of both worlds: the outrageous and the more traditional. And it makes for a successful promotional rollout.

It also continues the trend of brands creating special merchandise capsules or timed drops in addition to fully stocked e-commerce stores that complement their primary product offering. Evidently, it's working out great for Tillamook so far: five of the nine Cheddar Collection items (including the Mother Loaf and the Party Pants) are already sold out.