Today is the Last Day to Sign Up For Obamacare 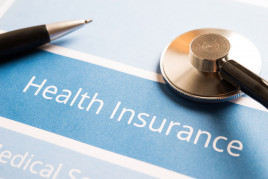 For those of you that are independent contractors, this is very important news. Initially, the deadline to sign up for the Affordable Care Act was Dec. 15, but because of increased sign-ups, the deadline has been extended to today, Dec. 19 at 11:59 p.m. PST.

Anyone who wants health insurance coverage for the month of January needs to sign up today. And, open enrollment for coverage effective after January will continue through 2016, for those wanting to avoid the tax penalty. According to The Washington Post, the Obama administration has predicted that slightly more than 11 million consumers will be covered through Obamacare health plans in 2017.

This is the second year that federal officials extended the deadline for insurance-seekers. Kevin Counihan, chief executive of the Affordable Care Act's Health Insurance Marketplace within the federal Centers for Medicare and Medicaid Services, said the decision was based off the "extraordinary volume of consumers" contacting call centers and visiting HealthCare.gov.

In the face of president-elect Donald Trump's impending inauguration, there has been much speculation about the new face of health care. Trump has made mention that he would like to repeal most of Obamacare, but he would look into keeping on several popular provisions.

According to Fortune, House Speaker Paul Ryan said that legislation to repeal Obamacare will be introduced once Trump takes office, complete with a transitional phase-out period. Trump also elected Representative Tom Price, a known adversary of Obamacare, as the next secretary of health and human services.

Distributors and multi-line representatives that work as independent contractors should pay close attention to any health care legislation updates, and in the meantime, be aware of the 2017 sign-up deadlines.