Possibly the funniest thing about the "Jackass" movies is seeing how much their budget increases and, accordingly, the things they're able to do. The filming quality is better. The shots are more elaborate. The props and costumes become more professional looking.

And the marketing budget expands, too.

For the "Jackass" crew's latest big-screen venture, "Jackass Forever," participants and fans got a special promotional kit, including things like a specialized jacket, shot glasses, a mask, some printed products, and even a toy version of the "monster" modeled after cast member Chris Pontius's, uh, privates.

Tony Hawk, who makes a brief cameo in the intro to the movie, is auctioning off not only his whole promo haul from the set, but also the T-shirt he wore and skateboard he used for his cameo (the latter of which is "covered in goo" from the stunt). All proceeds will benefit The Skatepark Project, which works to build places for kids to skate in underserved areas. 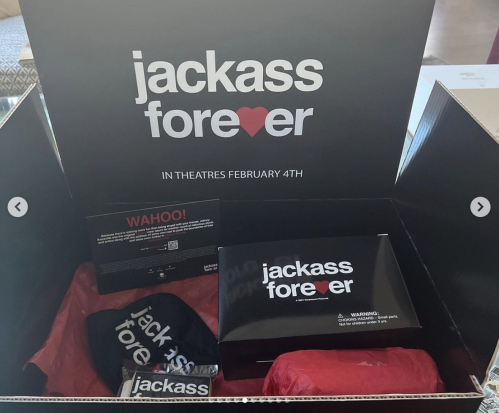 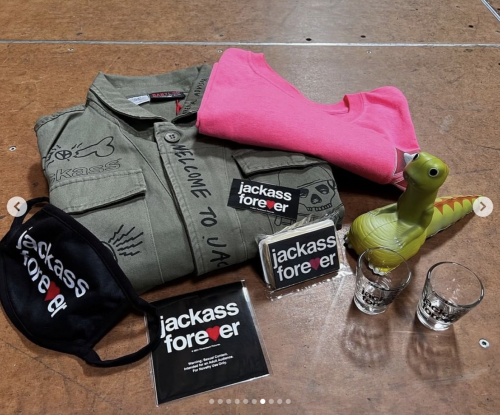 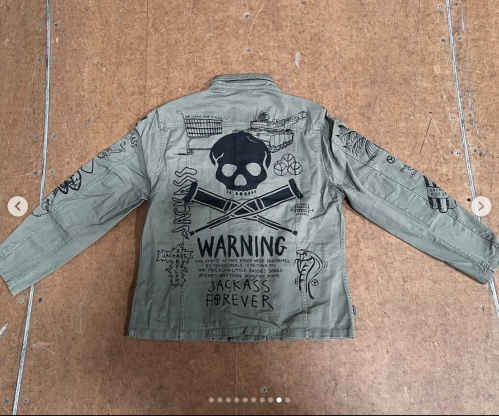 The Birdman is no stranger to a good promotional campaign. Last year, he teamed up with Liquid Death for a special edition skateboard deck that was screen printed using his own blood mixed with the red ink. That's gnarly.

As movie promotions go, this one is mostly pretty boilerplate with stickers and apparel, but the jacket that looks like it's been written on with sharpie is a nice personal touch that personifies the anarchy of a "Jackass" movie. Also, choosing to take one of the more NSFW elements of the movie and turn it into a little toy is extremely on-brand for the franchise.

Taking something outrageous and making it palatable to the masses? Yep, that's "Jackass."