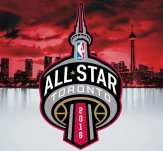 Image via the NBA

The NBA All-Star Game took place in Toronto last night, and law enforcement officials were ready to seize knock-off merchandise being sold to fans. Together with the NBA, Toronto authorities also were looking to crack down on the illegal use of the league's official logo and the word "NBA," according to the the Toronto Sun.

The NBA issued a warning ahead of the game alerting counterfeiters of the repercussions of selling unofficial goods.

"We expect official NBA merchandise will be in high demand, and it is our responsibility to protect fans by supplying them with the right information and tips to avoid purchasing products of inferior quality," said Ayala Deutsch, NBA executive vice president of properties and deputy general counsel.

NBA officials advised fans to look for a holographic NBA tag or sticker in order to differentiate real and fake merchandise.

Toronto police worked with the NBA to protect fans from purchasing knock-off merchandise.

"At a major sporting event like the NBA All-Star Game here in Toronto, our collaboration with the NBA is crucial to preventing counterfeiters from preying on unsuspecting fans," Chief Mark Saunders told the Toronto Sun.