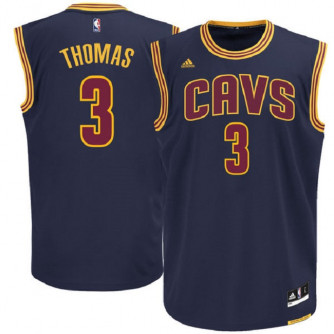 Word could come soon on the validity of the trade that would send Isaiah Thomas to the Cavaliers and Kyrie Irving to the Celtics. (Image via the NBA Store)

Many athletes enjoy the fortune and familiarity that comes with playing a long time or even their whole careers for one franchise, but most fans who develop allegiances to professional sportsmen know their heroes will likely don multiple uniforms before retiring. As an example, for every Tom Brady, who undoubtedly will end his gridiron journey where it started as a New England Patriot, there are quarterbacks like Josh McCown and Vinny Testaverde, whose frequent flier miles would make any traveler envious.

Performers come and go, and that means their supporters often don jerseys and T-shirts of players who no longer seek glory for their favorite teams, but what about when backers expect to show devotion to a newly acquired star and then have that opportunity stripped from them? That could be the case for the loyal followers of the Boston Celtics and Cleveland Cavaliers, who, following the August 22 trade that sent Isaiah Thomas to The Rock and Roll Capital of the World and Kyrie Irving to Beantown, must now wait to see if the former’s hip injury will void the deal. Not one to wait for confirmation, the NBA Store is selling apparel reflective of the blockbuster swap’s approval.

All seemed well a week ago when the Eastern Conference behemoths exchanged the explosive guards, with Boston also parting with Jae Crowder, Ante Zizic and the Brooklyn Nets’ 2018 first-round draft selection. Thomas’ hip injury, though, has many wondering if the trade will go through and whether Cleveland will seek additional compensation if he cannot be his usual explosive self for a lineup that revolves around league titan LeBron James. Regardless of the limbo that the clubs are facing, the merchandise provider yesterday unveiled gear with each player’s name and uniform number on gear representative of what would be his new team.

The buzz around what the trade could mean for the balance of power in the East (as someone looks to stop the Golden State Warriors' dynasty) made the creation of the items a no-brainer for the NBA Store’s brass, who must be quite confident that the setback for Thomas will not nullify the move. Though it appears the teams dearly want for the transaction to go through, one wonders what would happen to the materials if it were to meet the league’s rejection. The internet has ample accounts of what the Cavaliers and Celtics are pondering, with a source for the former stating they must reach a conclusion by tomorrow night or agree to an extension on how to proceed.

CBS Sports indicates that the jerseys bear Adidas designs, which clubs have abandoned thanks to the NBA’s partnership with Nike, so those who feel the trade could be bunk rather than a slam dunk could use that detail to support their belief that come October 17, when the Celtics head to Cleveland to open the season, Thomas will be on Boston’s roster and Irving will be throwing lobs to James. League rules will help decide the matter, as the teams must submit physicals for the involved players by 10 a.m. tomorrow, and the athletes must pass physicals by the same time the next day.