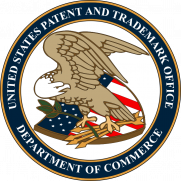 In June, when the Supreme Court upheld the ruling that an Asian-American band called The Slants had the right to trademark their name, regardless of if it potentially offended others, it opened the possibility for others to trademark offensive terms. At the time, we focused primarily on how it paved the way for the Washington Redskins to reclaim their trademarks. But, two socially conscious men are preemptively trademarking one of the most objectively offensive words in English in an attempt to keep it out of the wrong hands.

Steve Maynard, an attorney in Alexandria, Va.; and Curtis Bordenave of Columbus, Miss., filed to trademark a variation of the n-word the same day in June that SCOTUS ruled in favor of The Slants, according to The Washington Post.

Bordenave's trademark applications detail that he wanted the use of the term in "retail store services featuring clothing, books, music and general merchandise."

By doing so, he could keep hate groups from monetizing the word and lining their pockets from hate speech.

"If an individual organization tries to use it to gain finances for their organization, that is not something we think is right," Bordenave told The Washington Post. "We're going to protect our mark."

He said he was inspired to keep the word away from potentially dangerous hands because of his life experience as an African American man growing up in the Southern U.S. He cited one instance of a police officer using the word during a traffic stop in New Orleans.

"I was so humiliated, embarrassed," he said. "For him to talk to me in that way in front of my children was a real problem."

It's not just the racially-charged slur that Bordenave is hoping to keep out of the merchandising lexicon. He also filed to trademark the Nazi swastika, hoping to keep it out of the public eye in a damaging way.

Here's the thing: In order to maintain a trademark, the owner has to actually use it in interstate commerce. That means that, if they win their application, Maynard and Bordenave can't just sit on the trademarks and fully prevent the n-word and swastika from seeing the light of day.

So, according to Maynard, the two want to use the trademarks to start a dialogue about their backgrounds, meaning and impact.

"We hope to flood the market with T-shirts and clothing and end up opening up a discussion," Maynard told The Washington Post.

But, while their goal is to limit the usage, they still do have to use it in some commercial way. And that can be tricky.

Bordenave's plan involves using the word "discreetly," such as on T-shirt collar tags or on fine print on products that bolster more positive messages, such as "Unity."

"We can change the meaning of it, you know, in any way we choose," he said.

For Maynard, the swastika could be used for "social satire" to change its meanings. Specifically, he wants to put it on baby products.

"One of the hopes is that people look at the swastika flag in 10 years and think, 'baby wipes,'" he said.

The U.S. Patent and Trademark Office doesn't comment on trademark applications, but a spokesman told The Washington Post that trademarks flagged under a "scandalousness provision" can still be denied.

How One-Stop Promotional Apparel Solutions Can Simplify Orders, Add Value and Save on Costs
Comments
The Top Lists