Fans of the movie "Trainspotting" probably know Ewan McGregor's character's "choose life" monologue. While the speech goes off the rails a little and ventures into areas that some might not consider "choosing life" (i.e. drugs, junk food, excessive television addiction), it's a catchy phrase for a wildly popular movie.

For the release of the sequel, "T2 Trainspotting," the studio decided to use that mantra for its merchandise. While the movie was known for its gritty depiction of drug use, it's good that the merchandise took a more positive approach.

The new merchandise was designed by Katharine Hamnett, who first started making "Choose Life" T-shirts in the 1980s, according to MixMag. So, taking a well-known apparel line and tying it in with an upcoming movie franchise is pretty smart marketing, if you ask us. 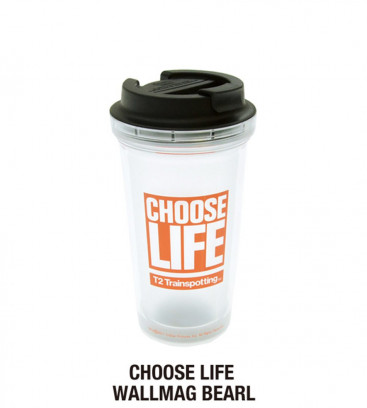 'T2 Trainspotting' is using 'Choose Life' for its merchandise. (Image via MixMag.)

The slogan appears on T-shirts, lighters, tumblers, drinkware and a face towel.