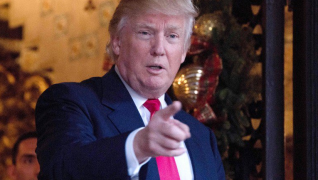 "He has extensive experience striking agreements that protect some of the most important sectors of our economy and has repeatedly fought in the private sector to prevent bad deals from hurting Americans," Trump said in a statement.

Additionally, representatives from Trump's transition team said that Lighthizer will work to set programs in place that shrink the trade deficit, expand economic growth, strengthen domestic manufacturing and keep jobs in the country.

Under Reagan, Lighthizer negotiated more than 20 international agreements that "frequently resulted in significant reductions in the shipment of unfairly traded imports into the United States," the transition team said in a statement to Apparel News.

Lighthizer also served as chief of staff on the Senate Finance Committee. In his private practice experience, he was a partner at the Washington, D.C., office of Skadden, Arps, Slate, Meaghers & Flom.

The nomination will need to be considered by the Senate Finance Committee, which includes chairman Orrin Hatch and Ron Wyden, both of whom have indicated that they disapproved of Trump's views on trade policy and his choice for trade representative.

According to Vox, Rob Scott, director of trade and manufacturing at the Economic Policy Institute think tank, said that this decision shows that Trump plans to make good on his promise to renegotiate NAFTA.