Twins Announce Prince-Branded Merch in First Deal of its Kind 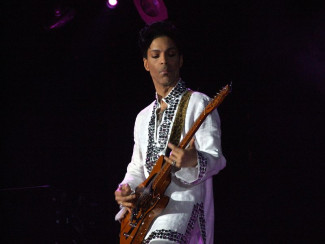 In a first-of-its-kind promotion, the Minnesota Twins have announced that they will be selling official Prince merchandise during the upcoming MLB season. Starting April 5, Twins fans can buy Prince-branded hats, baseballs and shirts.

This announcement follows a promotion that took place last year, for which the team gave out Purple Rain-themed umbrellas. Dubbed “Prince Night,” the June 16 game against the Cleveland Indians also saw music and fireworks in honor of the late pop superstar. Even the players got in on the action, donning purple warm up shirts with the Prince symbol emblazoned across the front and the Twins logo on the sleeve.

The Twins have also announced that the team will be hosting a second Prince Night this year. On June 8, the first 10,000 fans in attendance will receive an inflatable guitar in the shape of his iconic symbol (and though it’s not specified, we here at Promo Marketing would wager on the color being purple).

This deal between the Minnesota Twins and Prince’s estate seems to be the first of its kind, through which a sports team sells officially-licensed merchandise related to a star not associated with the actual sport.

According to the Star Tribune, other teams have gotten licensing deals for merchandise intended for special events, such as when the Chicago Cubs sold Pearl Jam T-shirts during the band’s two-night stay at Wrigley Field in 2013. Representatives for the Minnesota Twins told the Star Tribune that they are not aware any large-scale arrangement similar to their own, with which they intend to sell merchandise year-round.

Dave St. Peter, CEO of the Minnesota Twins, spoke on the significance of the deal. “Along with our fans, we look forward to celebrating the legacy of a man who brought an international spotlight to our great city,” he said.

The Star Tribune also provided specific details on the nature of the June 8 Prince Night promotion, as well as the merchandising deal itself.

In addition to the chance to get an inflatable guitar, fans that purchase a Prince Night package will receive a Prince-branded baseball cap. The packages range from $26 to $81 depending on the quality of the seat.

You can now buy Prince-branded @Twins merch year-round at Target Field, in what we think is the first deal of its kind in major-league sports. #PrinceMinnesotahttps://t.co/uwgT8WYSQC pic.twitter.com/zdlmUTBANx

The deal itself, struck between Delaware North Sportservice, the Twins’ retail provider, and Bravado, a company hired by Prince’s estate to control aspects of branding and merchandising, was approved by the late musician’s family.

This isn’t the first time Prince’s estate has licensed merchandise for sale to the star’s many fans—the first instance took place late last year when the estate set up an online pop-up store carrying official Prince merchandise. This followed the estate’s move in giving out Prince-themed gift bags to memorial attendees at his former home, Paisley Park.

In fact, the estate has been incredibly keen on protecting its rights to license and sell Prince-branded merchandise. It was involved with the Personal Rights in Names Can Endure (PRINCE) Act, introduced in the Minnesota House and Senate in May 2016 to restrict the widespread creation of commemorative merchandise that took place after the singer’s death. Although it was retracted, the PRINCE Act shows that the estate means business, in every sense of the phrase.