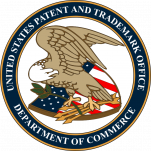 The practice of kneeling during the national anthem before NFL games has been polarizing to say the least. But, regardless of where someone stands on the issue, it's impossible to ignore that it's become a focal point of American society lately. And, because of that, there's always the possibility of monetization. And that's just what a couple people are trying to do.

World Intellectual Property Review reported that two people have filed applications for the trademark for "Take a Knee" through the U.S. Patent Office.

The first application came a few days after Donald Trump tweeted that players should be fired or suspended for protesting the anthem.

Bonnie Stinson filed her trademark on Sept. 29 to use the phrase in educational services, "namely, conducting classes, seminars, conferences, symposiums, exhibits and workshops."

Additionally, she said the trademark would be used for "promotional items such as caps, T-shirts, mugs, visors, shorts [and] hoodies with the name attached to it."

Just a few days after, on Oct. 3, Robert Ryan filed an application for the same phrase, citing that he wanted to use it for "entertainment and educational services, namely, the presentation of seminars, lectures, workshops and panel discussions, and ongoing television and radio talk shows all in the field of public interest concerning political, social and racial issues."

When you think about how quickly merchandise makers capitalize on memes and cultural icons, it's no surprise that a few people want to cash in on the action.