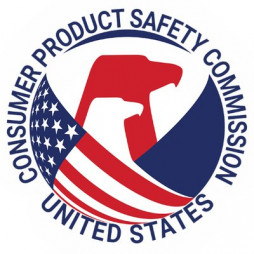 Parenthood often finds folks earning worrywart status due to their obsessing over a multitude of matters that could complicate their offspring’s existence. While ample precautions can keep many fears from becoming actualized, other forms of trepidation seem somewhat out of our hands as parents, thus leaving us at the mercy of those tasked with being allies in preserving health and promoting awareness. Two weeks ago yesterday, the U.S. Consumer Product Safety Commission (CPSC) made another strong move in playing its advocate role, publishing a warning against organohalogenated flame retardants, chemicals that often appear in children’s clothes and toys, among other youth-based products.

The agency included its recommendations in the Federal Register, using the Daily Journal of the United States Government to dub the compounds as sources of “a serious public health issue” that puts citizens at risk of falling prey to such impairments as reproductive troubles, neurological deficiencies, immune disorders and cancer. Placement in the publication followed September 20’s 3-2 vote to propel the process to ban the retardants, which The Chicago Tribune, through examining a 2009 government look at their efficiency, reported do not “provide any significant protection.”

Calls for investigations into the chemicals’ usefulness and drawbacks extend back much farther than the last eight years, though, as the 1970s were rife with backlash against their inclusion in the composition of such items as chairs, couches and mattresses. The subsequent four decades have found manufacturers adding the retardants to various goods and commodities, including children’s clothing and toys. The chemicals, which Earthjustice, the nation’s largest nonprofit environmental law organization, noted often escape the public’s eye because most cases find manufacturers not needing to disclose their presence in merchandise, leach out of whatever they are added to, so says the entity in mentioning scientific analysis. The migration of the retardants from products and into the air and dust leaves more than 97 percent of U.S. residents with measurable quantities of the compounds in their bloodstream.

The organization adds that children, with their developing nervous and reproductive systems, are particularly susceptible to the irritants and have three to five times higher blood levels of the chemicals than their parents do. Herein lie the ties to the promotional products industry, as while the commission is urging manufacturers to suspend immediately the inclusion of retardants in electronics’ casings, furniture and mattresses, it more adamantly is stressing that they tend to children’s goods, which, as any parent knows, are always coveted, especially during the fourth quarter, with back-to-school quests and holiday shopping adventures as the prime motivators. Earthjustice reports that Washington State has especially driven the demand for more monitoring, as the last six months have yielded more than 400 reports on youth products consisting of various retardants, with arts supplies, clothing selections and other textiles, games and toys being the vulnerable belongings.

“We applaud the CPSC’s action today to warn consumers about these harmful chemicals while the agency moves forward with a ban,” Earthjustice co-counsel Eve Gartner said the day of the Federal Register-publishing warning, through which the CPSC is also looking to safeguard the wellbeing of pregnant women. “Consumers can’t shop their way out of the problem, which is why a ban is needed. Today’s warning is a good interim step.”

Because manufacturers need not always divulge their use of the chemicals and since the process to ban the compounds could be a lengthy one. (Last month’s vote, for context, came two years after a petition signed by the American Academy of Pediatrics and other health groups that called for the same ban.) Earthjustice offered tips for consumers through its alliance with environmental health experts, urging parents, guardians and childcare providers to select only products that do not meet the California TB 117 flammability standard, as items that do meet it likely have the aforementioned retardants in their foam.

Given the impending alterations to Prop 65, this call to ban the chemicals will be another interesting matter to follow. Parental love burns bright and its recipients are always worth the extra effort in promoting the purchase of safe products.