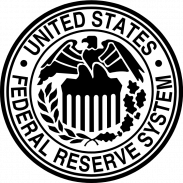 U.S. consumer spending has slowed down during the first month of 2017, and inflation hit its biggest monthly increase in the last four years, which points to an interest rate hike from the Federal Reserve in the near future, Reuters reported.

Despite the decrease in consumer demand, the manufacturing sector is seeing an uptick. Factory activity hit a two-and-a-half-year high last month.

"A weak start to the year for consumers suggests a downside risk to first-quarter growth prospects," Sal Guatieri, a senior economist at BMO Capital Markets, told Reuters. "Though it likely won't quell recent chatter about a March Fed rate hike."

Consumer spending had increased 0.2 percent after a 0.5 increase in December.

Following Donald Trump's presidential election win, consumer confidence hit a 15-and-a-half-year high in February, likely due in part to his campaign promise of "massive" tax cuts for the middle class.

"For now, businesses and households appear confident, but have yet to act on that confidence," Michael Feroli, an economist at JPMorgan, told Reuters. "When it comes to calculating GDP, it is the hard data that matters, and so far the hard activity data for the first quarter has been disappointing."

In a report yesterday, the Institute for Supply Management said its index of national factory activity hit a reading of 57.7 last month, according to Reuters. Anything above 50 indicates expansion in manufacturing.