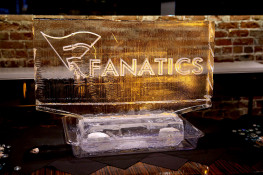 Sports apparel company Fanatics is at the center of a major racial discrimination lawsuit. | Credit: Getty Images by Robin Marchant

Sports apparel company Fanatics, who recently inked a huge licensing deal with the NFL, is in major hot water this week. According to Bloomberg, the U.S. government is suing the company for racial discrimination, harassment and retaliation.

The U.S. Equal Employment Opportunity Commission filed the suit yesterday in Florida district court. The suit alleges that the company repeatedly subjected a former employee, a black man, to discrimination while he was employed at the company's Jacksonville headquarters.

Specifically, the employee said a team leader used the n-word, while other colleagues and superiors would make comments like "I'm not racist but a lot of you [black] guys can't read" and "Africans in Europe know their place, but not in the United States," reported Bloomberg.

In addition, other Fanatics employees stated the workplace is racially divided, and black and white employees are treated differently. A former operations administrator said minorities at the company are "treated like uneducated slave labor," according to the lawsuit.

But the Michael Rubin-owned company isn't going down without a fight.

“Fanatics is committed to treating all employees fairly and takes complaints like this very seriously,” the company said in a statement. “We deny any wrongdoing and look forward to vigorously defending these claims in court.”

If Fanatics can't prove its innocence, it spells huge trouble for the company. Its NFL and MLB partnerships certainly hang in the balance, as well as its college partnerships. We will keep you updated as the lawsuit plays out in court.