Following Mexico's announcement that it would cancel export permits for U.S.-bound sugar, the two nations will continue negotiations to settle the dispute.

"These discussions are the beginning of our work together on the day-to-day issues that arise from our very important bilateral relationship," Ross said, according to Yahoo Finance.

The relationship is important here, as Mexican sugar accounts for a third of U.S. sugar imports.

U.S. sugar quotas are laid out in a 2014 pact, which ended a year-long investigation by the U.S. after U.S. farmers and sugar companies claimed Mexican mills were flooding the market with "cheap, subsidized sugar." 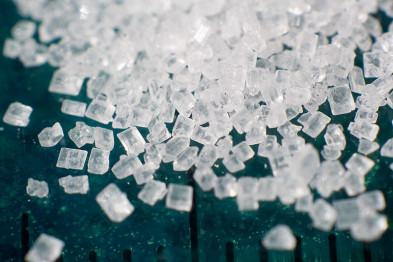 U.S. sugar companies are concerned that Mexican companies go around them to sell refined sugar. (Image via Lauri Andler/Wikimedia Commons)

Ross said that the U.S. Commerce Department originally planned to review the trade pact on April 4, but pushed the date to May 1 to allow for more time to reach a compromise.

U.S.-based sugar companies are concerned that Mexican suppliers are going around them to sell refined sugar, denying those companies raw supplies.

After a review in November, U.S. government officials agreed that a preliminary review of the current system indicated that it isn't working as it should.