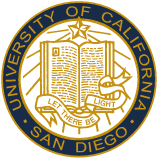 Lithium-Ion batteries have been a focal point of the promotional products industry for years now. Their inclusion in a multitude of electronic devices has made them ubiquitous, but their volatility has made them somewhat controversial.

Think of items like hoverboards and wireless headphones—both items that existed in the promotional products space and have also been the subject of stories about product malfunctions, some of which included destruction of property, bodily injury or even death.

The scientific community has been working to make a safer lithium-ion battery for a few years now, and the outlook is promising. But another development aside from the innovations in the batteries' construction came out of the University of California, San Diego, this week, as an assistant professor has developed a way to recycle the batteries in a "non-destructive, environmentally-friendly" way.

The study's abstract, published by the Royal Society of Chemistry, says:

With the growing applications of lithium-ion batteries (LIBs) in many areas, their recycling becomes a necessary task. Although great effort has been made in LIB recycling, there remains an urgent need for green and energy-efficient approaches. Here we report a non-destructive approach to regenerate cathode materials by hydrothermal treatment of cycled electrode particles followed by short annealing. Unlike the conventional chemical leaching or solid-state synthesis approach, which either requires complicated steps of leaching, precipitation and waste treatment or relies on the chemical analysis of the Li/Co ratio from cell to cell, our non-destructive approach is much simpler and more environmentally friendly, and can easily process batteries with different capacity degradation conditions.

According to Waste Dive, the recycling process has only been done in a lab setting, and takes approximately 10 hours. The goal is to make that process faster and more widely used so it could be more commonplace.

Showdown Displays Virtual Product Showroom Is All New for 2022